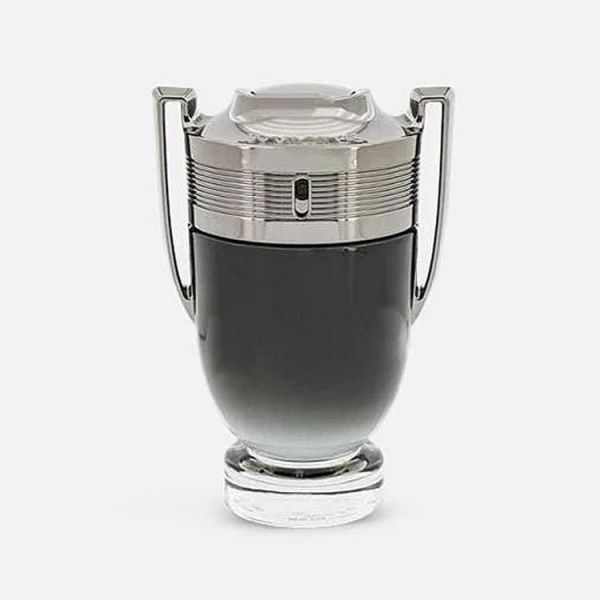 Invictus Intense by Paco Rabanne is a passionate, masculine fragrance inspired by the invincible spirit of an athlete. The Invictus name embodies the fighting spirit of athletes which matches the powerful presence of this fragrance. This edition features top notes of orange blossom and black pepper, middle notes of whiskey and laurels, and base notes of amber, ambergris and salt.

Invictus is the classical name for "The Unconquered Sun" symbolizing the rising of power, passion and noble values. A citrusy-woody scent, Invictus Intense features an evolution of the Invictus man. His natural strength has now reached maturity. Invictus represents a proud Latin spirit of determination and ambition blended with a deep sense of heritage. Invictus is a statement of strength, will, perseverance and power. It ignites the soul sparking a fire deep within the heart and capturing the mind with its electrifying vitality.

A pioneer of modern minimalist fashion, Paco Rabanne is a French fashion house. Its founder, Francisco "Paco" Rabaneda Cuervo, the Spanish-born fashion designer more widely known as Paco Rabanne, began his career in 1962 when he joined Paris-based couture house Pierre Cardin. In 1966 he created his own label, which became renowned for its sexy and sinister designs.

Paco Rabanne is one of the few designers whose work has profoundly influenced contemporary culture, street fashion and perfume design. His first women's scent, Calandre, was introduced in 1969. He has since created iconic perfumes with distinctive bottles, many of which embody the image of the woman's body. Today, Paco Rabanne is sold in more than 120 countries on six continents."

Paco Rabanne has been synonymous with creativity and challenge ever since. Paco Rabanne created the first oriental-woody fragrance and introduced one of the first unisex perfumes. He has repeatedly demonstrated his originality by reinventing iconic rituals such as shaving, bathing, wearing jewelry and reading a fashion magazine. Paco Rabanne's distinct brand essence, boldly embodied by its striking visual codes, is to provide an extraordinary sensory experience. Paco Rabanne remains true to the house's founding values of innovation, originality and an elegance that encourages self-expression and experimentation.

Paco Rabanne's mission is to create a fusion of art and science that is a sensory canvas for an intense and memorable experience. The house creates a balance between the sun and the sea, the earth and the universe. A universe within a bottle, where everything is possible.