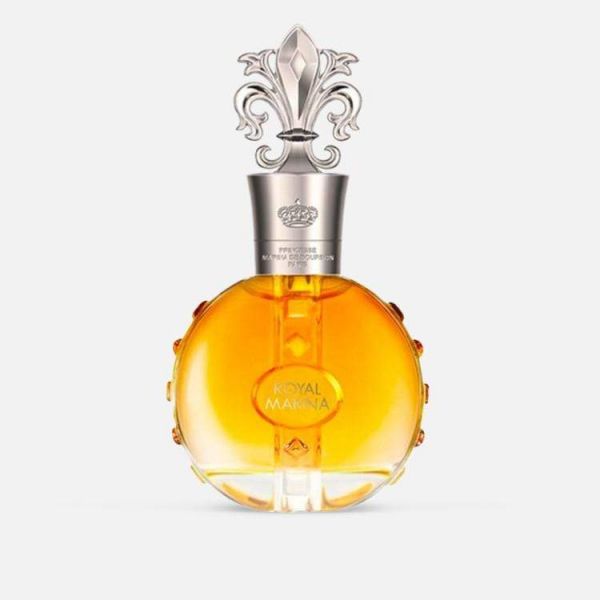 Marina De Bourbon Princess Marina De Bourbon is a sensuous and passionate fragrance from the design house of Royal Marina Diamond. Launched in 2013, this luxurious scent opens with stunning notes from Acai Berry and Grapefruit for a start that will turn heads. The splendid center is ardent with hints from Jasmine Sambac, Tonka Bean and Iris. The elegant fragrance closes with hints from Copahu Balm, Musk and Vanilla.

The fragrance is intensified by the warmth of your own body. Marina De Bourbon perfume for women contains notes of jasmine, honey, vanilla and sandalwood. Apply in the creases of your skin and neck for a longer-lasting, stronger scent. After applying, avoid rubbing or dabbing skin. This breaks down the fragrance, causing it to wear off more quickly. If you prefer placing fragrance on your wrists, be sure to reapply after frequent hand-washing, as this tends to rinse off the scent.

Marina de Bourbon is a French perfume house founded by Marina Gacry, whose husband is Prince Andr© of Bourbon-Parma, a member of the ancient Bourbon of Parma dynasty whose members ruled over France, Navarre, the Kingdom of Naples, and the Duchy of Parma. Marina Gacry was born on September 5 the same birthday as Louis XIV. Surviving a difficult childhood, she would become in just a few years a very pretty young woman with a determined and hungry character and in love with knowledge.

Prince Andrzej is a descendent of the Bourbon-Parma Family. In order to finance her studies, Marina accepted a position under the famous hairdresser Alexandre de Paris, becoming his main assistant. As assistant to one of the most prominent hairstylists in Paris, Marina rubbed elbows with some of Europe's wealthiest, most powerful and famous names. Having conquered this social circle with her charm and intelligence, she was invited to St. Tropez one summer by Prince Andr© of the Bourbon-Parma family. Together they returned to Paris and were eventually married in 1960.