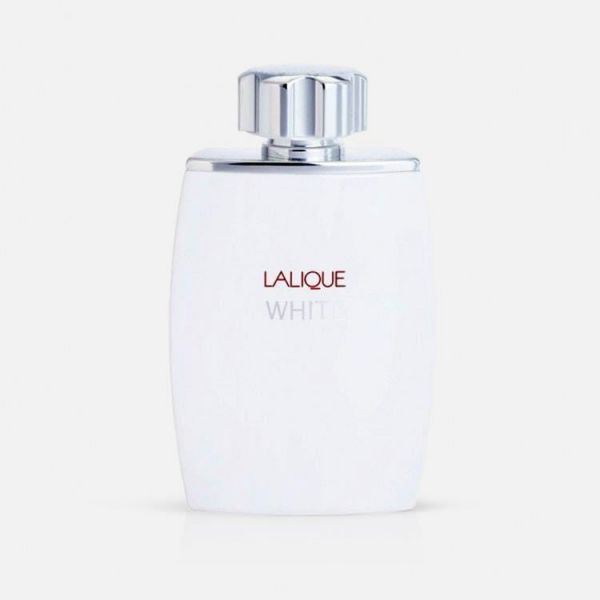 Lalique White by Lalique for Men

Lalique White is an aromatic citrus fragrance for men that was released in 2008. Christine Nagel is the nose behind this fragrance. The fragrance opens with top notes of tamarind, lemon leaf, bergamot, and elemi. Its middle notes consist of nutmeg, white pepper, violet, and cardamom. Its base finishes the fragrance with notes of amber, musk, cedarwood, and oakmoss. This fragrance has moderate sillage and moderate longevity. Lalique is the perfect balance between strength and softness. The fragrance is intensified by the warmth of your own body. Apply in the creases of your skin and neck for a longer-lasting, stronger scent. After applying, avoid rubbing or dabbing skin. This breaks down the fragrance, causing it to wear off more quickly. If you prefer placing fragrance on your wrists, be sure to reapply after frequent hand-washing, as this tends to rinse off the scent.

Lalique is a French glasswear design house founded by artist, master ceramist, and jeweler Ren© Lalique. Born in the small village of Ay in 1860, and raised in both Paris and Ay, Ren© developed a fascination with the natural world which would fully express itself in later glassworks. In Paris, he trained as an enamelist at jewelry design houses where he had the opportunity to study art glass. He began his own workshop/studio near Paris in 1896, but his production was soon limited by his lack of experience working with glass. In 1900, he went to work for a crystal glass manufacturer to gain that experience. By 1904 he had developed a process where he could embed colors into the glass. At age 46, He returned to England and worked as a freelance artist, while also designing jewelry for the esteemed houses such as Cartier and Boucheron, before embarking on his own business in 1885. Lalique made jewelry with nature-inspired pieces that depicted animals and the female form.