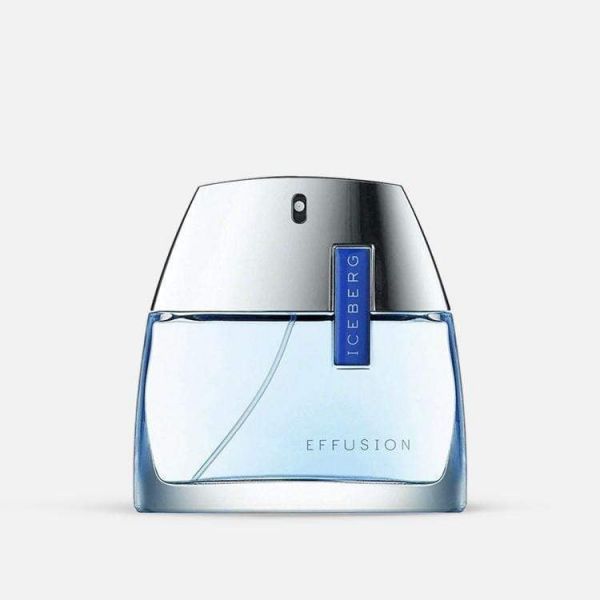 Effusion by Iceberg for Men

Iceberg Effusion Cologne by Iceberg, launched in 2001, blends spicy notes with a woody base. This sophisticated fragrance opens with fresh pepper, anise and apple with citrusy lime and grapefruit. The floral heart includes orange blossom, freesia and rose. The deep closing accords are licorice, patchouli, sandalwood, cedar and musk.

Iceberg is a world-famous Italian fashion house founded by husband and wife Silvano Gerani and Guiliana Marchini in 1962. The pair also founded Gilmar Group, the company that owns the Iceberg  brand. Headquartered in San Giovanni in Marignano (Rimini), Italy, Iceberg entered the fashion world as a small knitwear company. Iceberg was one of the first companies to offer fashionable sportswear and its innovative designs and uses of bright color and elaborate designs or artwork capitalized on the latest technologies and materials.

The Fall of 1995, the Iceberg mens collection debuted on the runways of Milan. By the 21st century, the brand had gained notoriety in the hip-hop and pop music circles, and its product range included clothing for men, women and children, eyeglasses, watches and perfume. The first Iceberg fragrance began to debut in 1989. A series of mens and womens fragrances have been released by Iceberg since that time. Iceberg fragrances are offered in conjunction with Selective Beauty.