The store will not work correctly in the case when cookies are disabled.
Miss Dupont EDP
Refer Friends 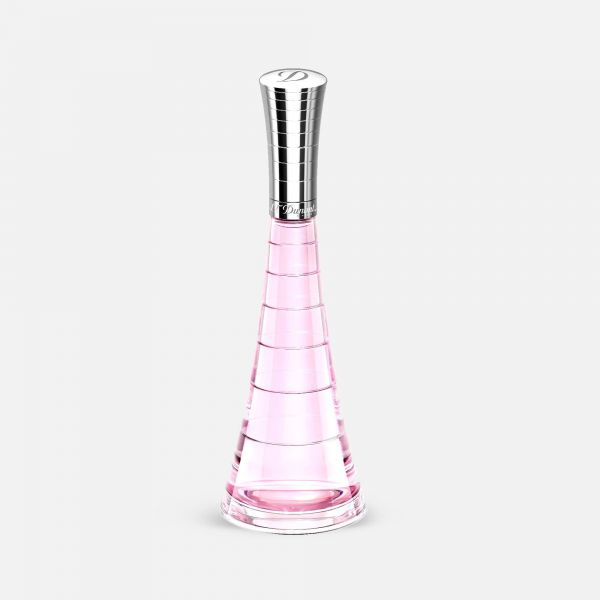 S.T. Dupont launches its new perfume this year: Miss Dupont. It is the scent of a woman who undeniably leaves a mark, ominously irresistible. The floral - oriental compositions opens with sparks of fresh peaches, grapefruit and galbanum. The charming ladys heart is built around rose, with additional oriental - wood notes of sandalwood and vetiver oil.

The bottle of Miss Dupont fragrance is inspired by the famous ST Dupont Guilloch design. Guilloch is a decorative engraving technique which creates lines and curves with precise rotating movement. The box is a symbol of brilliance and success, with a metallic colored pattern of diamond surface, pink ribbon containing the monogram of the house, silver stopper provides some extra glamour to the design.

The luxury goods company S.T. Dupont was founded in 1872 by Simon Tissot-Dupont, the man who gave the company its name. He started out offering leather wallets and briefcases that were perfect for upscale gentlemen during the ''Golden Age of Travel'', which spanned the end of the 19th century well into the early 20th century. The era's luxury suitcases, trunks, and travel cases were in high demand, and could be found in only the finest hotels during this time period. S.T. Dupont rose to meet this demand, offering some of the finest luggage and travel cases available.

S.T. Dupont has been creating luxury lighters, travel gear and perfume accessories since 1872. The brothers opened a hotel that catered to their well-heeled clientele and in 1923, a second S.T. Dupont workshop was opened in Faverges, France, the familys home town. Innovation in the company continued during the difficult years of World War II, when S.T. Dupont invented the first pocket gas lighter whose improved design would later be patented in 1952 .

S.T Dupont luxury pens and cigarette cases (among many other items) were produced for the future queen of England and the famous actress Audrey Hepburn. The brand took a new direction in 1973 with the production of its first luxury pen, the Classique, made of silver. The company also experienced a renaissance of its classic luxury goods watches, leather goods (such as pen holders and wallets), and cuff links (among many other items) which it continues to produce today. The 135 th anniversary of the brand was celebrated in 2007. The company is known today for its expertise in making luxury goods that are crafted of precious metals, leather, and featuring Chinese lacquer detailing.