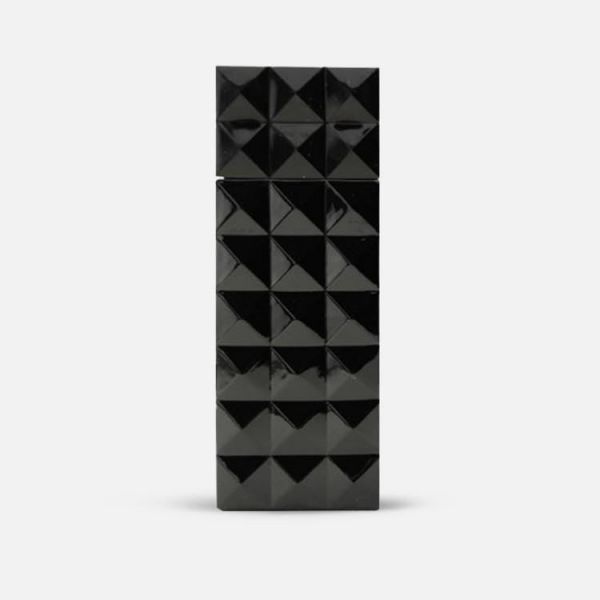 S.T. Dupont Noir is a Woody Spicy fragrance for men launched in 2006 by S.T. Dupont. S.T. Dupont Noir was created by Michel Girard. Top notes are Lavender, Cardamom and Mint; middle notes are Nutmeg and Cloves; base notes are Hazelnut, Cashmere Wood and Vetiver. The fragrance is intensified by the warmth of your own body. Apply S.T. Dupont fragrance in the creases of your skin and neck for a longer-lasting, stronger scent that only you can smell. After applying, avoid rubbing or dabbing at your skin. This breaks down the fragrance, causing it to wear off more quickly. If you prefer placing fragrance on your wrists, be sure to reapply after frequent hand-washing, as this tends to rinse off the scent.

S.T. Dupont is a French luxury goods company founded in 1872 by Simon Tissot-Dupont, the "S.T." who gave the company its name. The company got its start offering leather wallets and brief cases. S.T. Dupont rose to the occasion, offering some of the worlds finest luggage and travel cases during the Golden Age of Travel which began at the end of the 19th century and endured for journeys that took several weeks or months.

This aesthetic was further refined when the founders sons, Andre and Lucien, began designing custom travel cases that reportedly cost as much as a house, in the words of one S.T. Dupont employee. They opened a hotel that catered to the companys well-heeled clientele, and in 1923 a second S.T. Dupont workshop was opened in Faverges, France, where the brothers were from. To this day, S.T. Dupont products continue to be hand-crafted in this very same place.

S.T. Dupont luxury travel gear became available in the United States through Cartier boutiques. Innovation continued during difficult years of World War II, when S.T. Dupont invented the first pocket gas lighter, whose improved design would later be patented in 1952. This model, Ligne 1, is still a best-seller today and remains a worldwide status symbol. The company went on to design exclusive luggage for the future Queen Elizabeth of England, and screen legend Audrey Hepburn.

ST Dupont is the world's leading luxury goods manufacturer. They took a new direction in 1973 with the production of their first luxury pen, the Classique, made of silver. The company continues to produce luxury goods featuring Chinese lacquer detailing. They were celebrating their 135th anniversary in 2007.