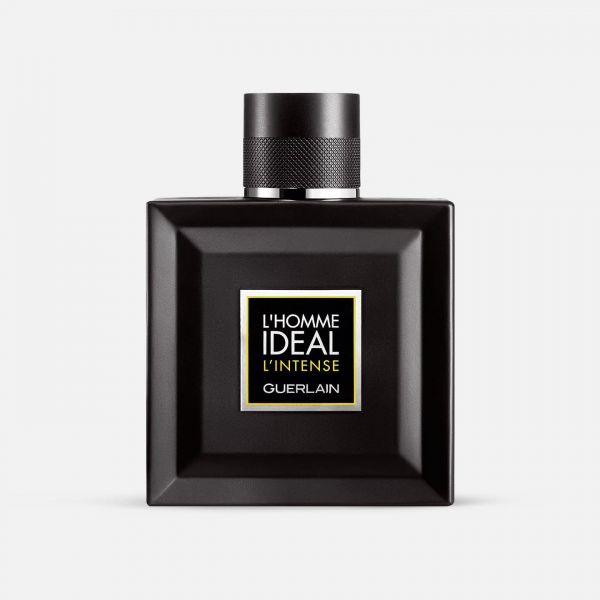 The Guerlain L'Homme Ideal L'Intense is a seductive and intense men's fragrance released in 2018 by Guerlain. The perfume is an aroma that possesses a blend of fragrant warm spicy, balsamic and sweet scented tones that will bring a sensual, warm and soft perfumed sensation. The scent is based on the combination of notes. It is classified as an Oriental Woody fragrance to the nose. The perfume composition is a creation of Thierry Wasser.

The concentrated floral fragrance is the beginning of flavors and scent notes for L'Homme Ideal L'Intense. Blends create a smell of spice and gourmand opening top notes with almond, cardamom and pimento. There is a strong amber and floral heart center note that mixes in with leather, rose, labdanum, and tonka bean. The deep woody and balsam base notes remain with incense, vanilla, patchouli and sandalwood.