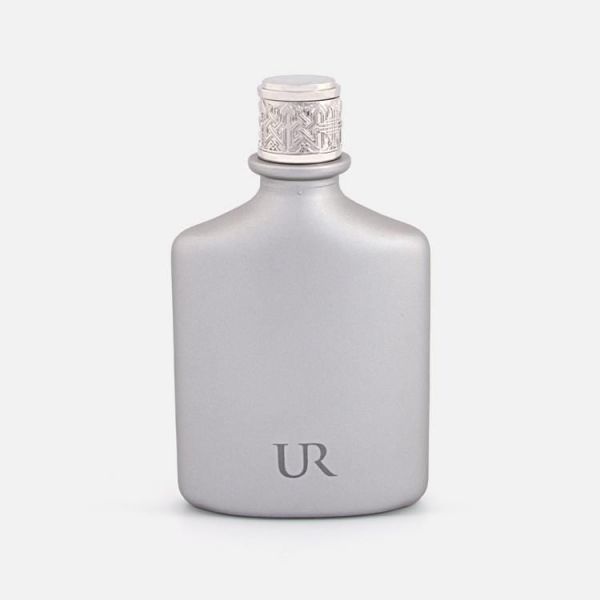 UR EDT by Usher Raymond

UR EDT is a Woody Spicy fragrance for men. A blend of sea water and woody musk that delivers a refreshing, clean masculine appeal. It is recommended for daily use.A crisp, clean scent that blends with your skin tone. This is the essence of the man who makes the rules for others to follow. In a world of pre-set directions, Usher Raymond brings a fresh new outlook to the entertainment industry. He creates his own path and empowers others to do the same.

Beautifully crafted from fine ingredients, U.R. EDT is a delicate blend of fruit and spice designed to create a refreshing experience for the wearer. Top notes of sea water and citrus freshen the senses, while aquatic notes evoke a feeling of looking at a horizon line or ocean. Middle notes of bay leaf, nutmeg, and basil infuse the composition with an elegant masculine feel, before recalling comforting qualities of chypre scents with soft floral undertones. In parallel with the character's storyline, base notes of leather bring the composition to a masculine crescendo evocative of passion and ambition.

UR EDT was released in 2018. This EDT is for all the guys who want to feel and smell great. It's great for an everyday fragrance and it's very refreshing and kinda sexy, the perfect manly scent. Each scent is inspired by the way they make you feel. They harness the memories, places and emotions attached to each of them, transporting you back to the experiences that embody each of them. For him, UR EDP is inspired by experiences shared with close friends; an ocean hike on a sunny day; a bonfire on the beach at night; or some high-quality alone time. -Usher Raymond

The celebrity musician named Usher Raymond IV hadn    t been a known singer but still he has achieved an incredible success with his fifth album Confession. The album was introduced in 2004, it sold so far in 11 million of copies world wide, and is still selling in a million of copies every month. Thanks to the cooperation with Alicia Keys he brought out the beautiful song My Boo that became a hit all over the world. Now, in 2007, he has launched two fragrances Usher He and Usher She.

The Usher Raymond IV perfume collection. These masculine and feminine Eau De Parfums are a stunning reflection of Usher's unique style and sensual appeal, which have been a vital part of the star's persona since his early teens. Responsible for creating both fragrances, Usher named each after significant people from his life from his parents to his siblings to the women that have supported him along the way.

The best way to express your emotions is through fragrance. Usher developed his own, made in cooperation with CPL Aromas, who are known for their high quality products. He introduced two versions, one for men and another one for women, both following the same scent that represent the raw Usher style