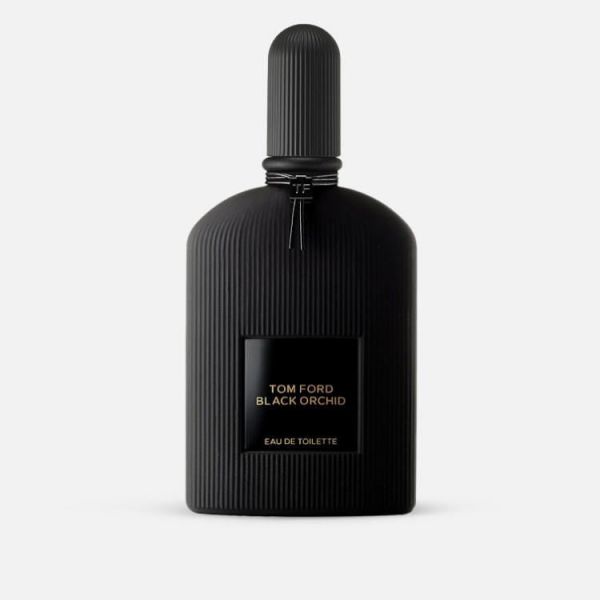 Black Orchid by Tom Ford Perfume Surround yourself in a haze of opulence and sensuality with Black Orchid perfume by Tom Ford. This dark and mysterious blend carries a one of a kind scent thats spicy, sweet and earthy. The perfume is the perfect fit for a myriad of late night occasions. Tom Ford Private Blend perfumes wear warmer and last longer. Apply in the creases of your skin and neck for a longer-lasting, stronger scent. After applying, avoid rubbing or dabbing skin. This breaks down the fragrance, causing it to wear off more quickly. If you prefer placing your perfume on your wrists, be sure to reapply after frequent hand-washing, as this tends to rinse off the scent.

Tom Ford is an American fashion designer and film director. Initially trained as an architect at Parsons School of Design, Ford spent a year working abroad at an internship for fashion house Chlo and developed a feel for the fashion industry.

Ford concealed his architecture background and displayed considerable personal charm in his pursuit of a job in the fashion industry. His first position was with American designer Cathy Hardwick. He accepted a position with Perry Ellis, but knew better prospects were available in Europe. Pursuing prestigious Italian fashion house Gucci , Ford became head of its women's ready-to-wear line before being named creative director in 1992.Tom Ford is largely credited for taking Gucci to the next level. The company was nearly bankrupt when Ford joined the organization, but when he left in 2004, the company's value had more than doubled. During Ford's tenure with Gucci, the company acquired Yves Saint Laurent, and created provocative, controversial ad campaigns for YSL.

Tom Ford is an American fashion designer, film director, screenwriter and film producer. Because of his success at Gucci, the company he founded with Sergio Galeotti, he was asked to come up with a new line for Yves Saint Laurent. He relaunched the brand in the women's wear market in 2002 under the name Saint Laurent Paris. His first men's perfume, Sahara homme, was launched in 2004.