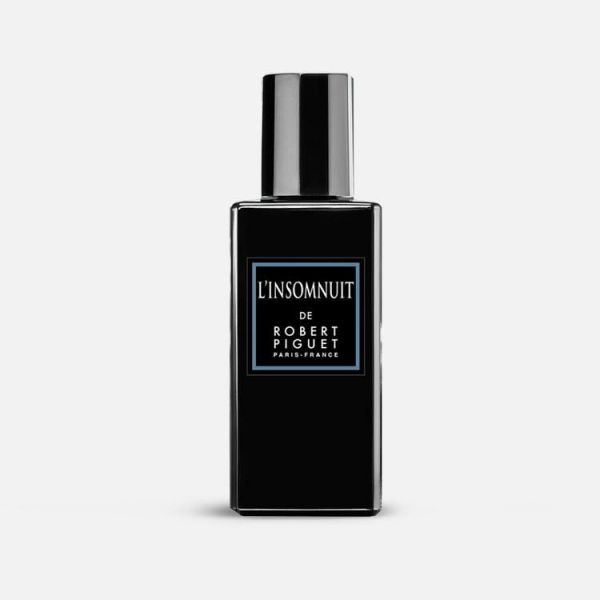 A seductive and addictive aroma. For a modern and original woman who revels in her sensuality, L'Insomnie is the one she must have. Indulging in an oriental woody-floral scent that is full of mystery, completely feminine, highly addictive and so sensual. L'Insomnuit by Robert Piguet is a Floral Woody Musk fragrance for women and men. L'Insomnuit was launched in 2016. L'Insomniac Eau de Parfum is a must-have in every wardrobe.

Robert Piguet's L'Insomniaitm is an elegant oriental fragrance that captures the elegance of a Parisian night.An olfactory note of iris, sandalwood, tonka and cedar in the nose. On the palate it is woody, slightly spicy and elegant with a sweet touch. It ends with a trail that lingers on. This powerful, animalic and sensual fragrance has an extraordinary longevity. Inspired by the house of Piguet's "Somnus".

A seminal fragrance, L'Insomnie is an olfactory celebration of the wonders of night. A time when dark skies give way to the light of stars, a time when the possibilities are endless and the world belongs only to those courageous enough to seize it. In this playful composition, French couturier Robert Piguet expresses the full potential of his profound imagination. It is dedicated to people who are not satisfied with anything but their own fantasy, to people who do not calmly accept the well-established formulas of others, and to men who know how to create their own path rather than follow it.