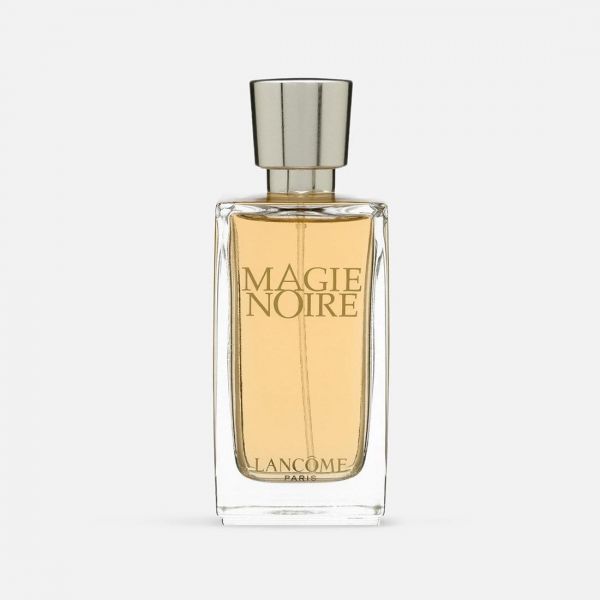 Magie Noire EDT is a magical perfume that blends intensity and radiance. The fragrance opens with a rush of fresh floral, which gives way to a sensuous, mysterious captive of potent woody notes. Floral herbaceousness starts as soon as the first spray is released, as the fragrance opens to reveal an explosion of white flowers against a backdrop of dark woodiness.

Magie Noire is the fragrance of enchantment. The extraordinary, romantic scent of Noir de Noir blended with red roses and blackcurrant, a fruity-floral bouquet. While the blackcurrant acts as a contrast with the sweetness of the rose, it also grounds the composition thanks to its fresh note. For a more spicy effect, jasmines bloom whilst ambrox provides a woody accord. It reveals itself as both unique and alluring luxurious and ravishing.

Magie Noire was composed in a castle near Paris which belonged to a great perfume lover. Its composition was so innovative that the formula was saved until Madame Guerlain created Sous le vent in 1904. Magie Noire is a VILEMME-type scent that breaks with all established norms of perfume development. It has a unique top note that is revealed upfront, then an accord in the heart, then the base note. The combination of notes does not follow the classical upward movement from bottom to top. Instead, Magie Noire moves from top to bottom and back up.

Lancome was founded in 1935 by Guillaume d'Ornano and his business partner Armand Petitjean. Their decision to name the company Lancome was inspired by roses that were indigenous to their home region of Bren. Lancome is a French luxury perfume and cosmetics house that markets its products internationally. Lancome is part of the L'Oreal Luxury Products division, which operates with the goal of offering luxury skin care, fragrances