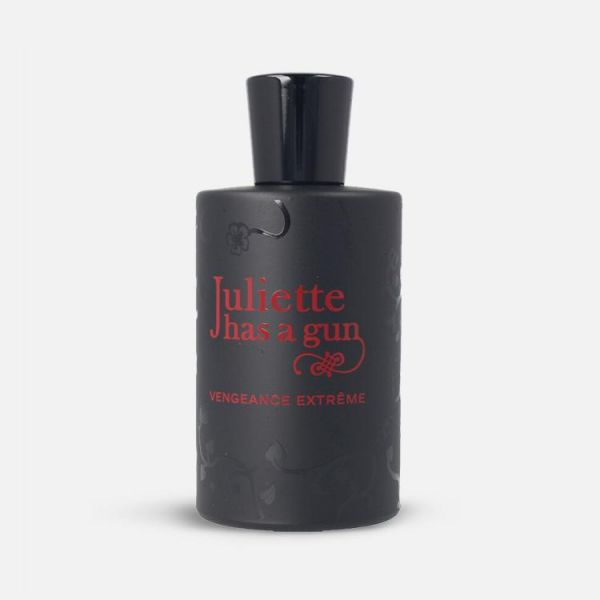 Vengeance Extreme EDP by Juliette Has A Gun

Juliette has a gun for you. It’s called vengeance extreme edp. Each of its five parts is designed to enhance a woman’s natural ability to get what she wants. This perfume defies any rules of gentleness and moderation with its tenacity. It is the ultimate gourmand or simply a love or hate odor, this perfume is nonetheless sensational and mesmerizing. A daring seductress, a siren, an illusionist – like the songstress herself but sharper, stronger, more dangerous and mysterious; a hypnotic potion of half-awakened desires which are impossible to suppress. Vengeance Extreme by Juliette Has A Gun is a Chypre Floral fragrance for women. Vengeance Extreme was launched in 2011. An ultra-modern scent that intensifies perceptions of femininity and seduction.

Juliette's top notes are Lavender and fresh Bergamot. With Lavender from the Provence countryside, Bergamot from Calabria and the famous French lavender fields of Grasse. Her middle notes are balanced by Patchouli from Indonesia and Bulgarian Rose from Bulgaria. Her base is built on White Musk from Mexico, Vanilla from Madagascar, Labdanum from Spain. Finally, her very own trademark Tonka Bean from Brazil gives her a delicate touch that makes her so special.

The fragrance of a lady for whom the art of seduction bares no secret, who holds all the secrets of seduction. This extremely sensual perfume is strong and confident. It leaves a trail. A fragrance that communicates the kind of seduction that raises lashes, smiles and desires to the level of art. An elixir of femininity, it will be your new Obsession, intense but soft at the same time – a scent that you want to wear again and again...

Juliette Has A Gun is a fragrance project of Romano Ricci, Nina Ricci's grandson, initiated in 2005. This line features 6 women's scents, including 4 limited editions. Discover a new vision of femininity with a fragrance that is as striking as its heroine, Juliette. Juliette Has A Gun, a fragrance for a woman who knows what she wants and how to get it, is now available from Romano Ricci.

A floral-oriental fragrance, "Juliette Has A Gun" represents the confident side of the woman. The concept is based on contrasts: sensuality with freshness, glamour with modernity, mystery with transparency, femininity with masculinity. Thus the perfume unveils a new face of women who at any time can become a free spirit and careless, glamorous and powerful every day.

Not A Perfume EDP