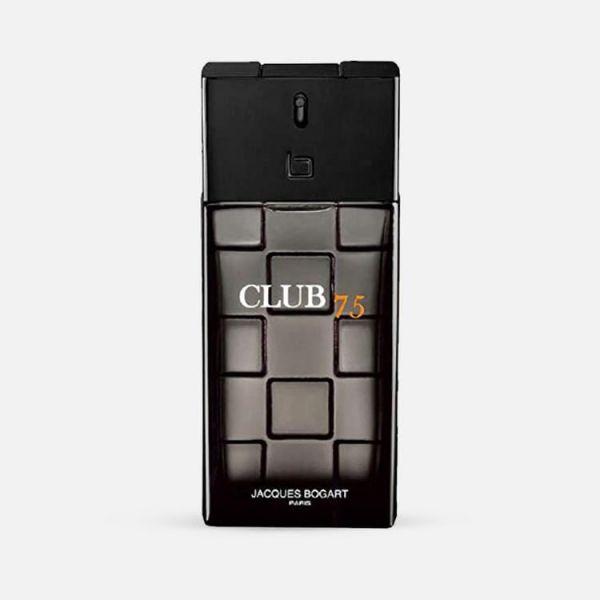 The man behind Club 75 is Jacques Bogart. He wanted to create a new type of eau de toilette, an everyday eau de toilette, one that could be worn at any time of the day. To do this, he started with an original composition, which he called 'The Living Parfum', made up of all his favourite ingredients. Refreshing citrus notes are combined with warming resins, to create a smell that's both familiar and addictive. Club 75 by Jacques Bogart is a Amber Spicy fragrance for men. Club 75 was launched in 2016.

Inspired by the cosmopolitan lifestyle of the city, Club 75 is a fresh, light, modern fragrance that stands out. With top notes of Orange, Lemon and Cinnamon, it surprises quickly with its spicy notes, resins and Lavender in the middle. A mix of heart notes including Apple gives life to an elegant woody accord of Cedar and Sandalwood softened by Musk. Club 75 reveals the unique profile of the house while keeping France at its heart.

Just because you are young does not mean you shouldn't enjoy fine smells. Jacques Bogart Club's collection of EDT's has something for everyone. By using natural essences, Jacques Bogart Club offers a new interpretation of classic perfumes, while still offering the latest trends in the industry. The Club 75 collection of fragrances is citrus-driven, fresh and slightly spicy. It reveals a design featuring new bottles whose elegant simplicity invites you to new experiences. This collection of fragrances pays tribute to both Jacques Bogart's heritage and his status of perfumer of the last century.

Jacques Bogart created his first fragrance in 1969. At the time, Jacques Bogart was an internationally recognized fashion photographerand his photographs still adorn the covers of fashion magazines to this day. Jacques Bogart is most recognized for his style of clean, classy advertising that features beautiful women. His successes in business have enabled Jacques to travel far and wide in search of inspirations for his fragrances. Jacques is most inspired by nature, which he believes is the key component to success when designing a fragrance.