The store will not work correctly in the case when cookies are disabled.
Jacomo de Jacomo Pour Homme EDT
Refer Friends 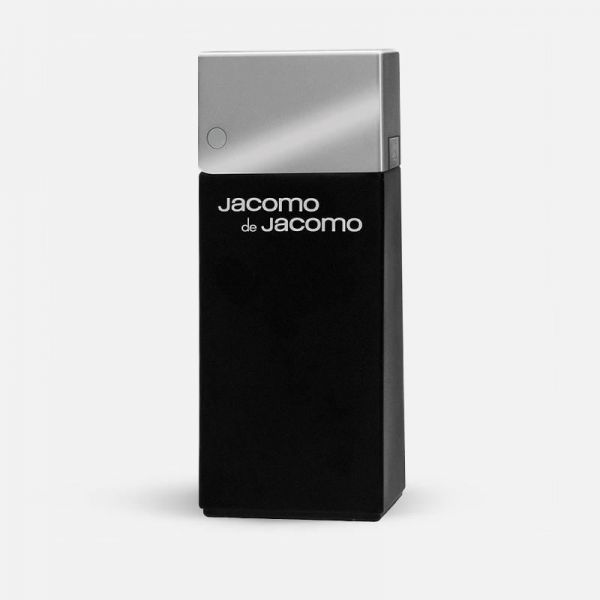 Jacomo De Jacomo is an Oriental Woody aroma to the nose. The scent sythesis is a production of Christian Mathieu. The radiation of flavors and fragrance notes for Jacomo De Jacomo spread out in a whiff of sweet-smelling and citrus. The fragrance is intensified when your warm body heats it up. Apply in the creases of your skin and neck for a longer-lasting, stronger scent. After applying, avoid rubbing or dabbing skin. This breaks down the fragrance, causing it to wear off more quickly. If you prefer placing fragrance on your wrists, be sure to reapply after frequent hand-washing so their scent doesn't wear off.

Jacomo has its origins in the late 1960s. American James Kaplan and Frenchman Gerard Courtin created the fashion brand "Jacomo" (taking the "Ja" from James, the "Co" from Courtin, and the "Mo" being added to give the name a musical touch) and opened a boutique where they offered their high-end designs to the chic trendsetters of New York. A clean design, balance in sizing, great value, and a carefully edited selection caught on with the American market.

Jacomo de Jacomo became popular with its signature scent, first created in the early 1970s. It would eventually purchase production facilities in Deauville. Always with an eye for design, a series of successful fragrance launches in the 1980s and 1990s kept the Jacomo name in the hearts and minds of perfume lovers. Classic men's scent Jacomo de Jacomo was launched in 1980. Women's classic scent Parfum Rare was launched in 1985, in a distinctive trapezoid bottle.

Jacomos most successful perfumes from the brand is Anthracite for men and for women which was launched in 1991. Paradox is a perfume from Jacomo that was launched in 1998, followed by her companion Paradox for Men in 1999. In 2000, both scents were named Paradox Blue which then released the original Paradox Green pair in 2003.

Jacomo, a legendary fragrance brand from the 1970s through today, was acquired by Sarbec Cosmetics in 1995. Sarbec is taking the Jacomo brand in a different direction in the second decade of the 21st century. The brand's classic fragrances from the 1970s through the early 2000s are still in production, but a new line of luxury fragrances was launched in 2010 with the Art Collection series. Inspired by pieces in the collection of the Jacomo founders, and taking their names from number of the piece in the collection, its themed fragrances are re-introducing the brand to a new and modern perfume audience.