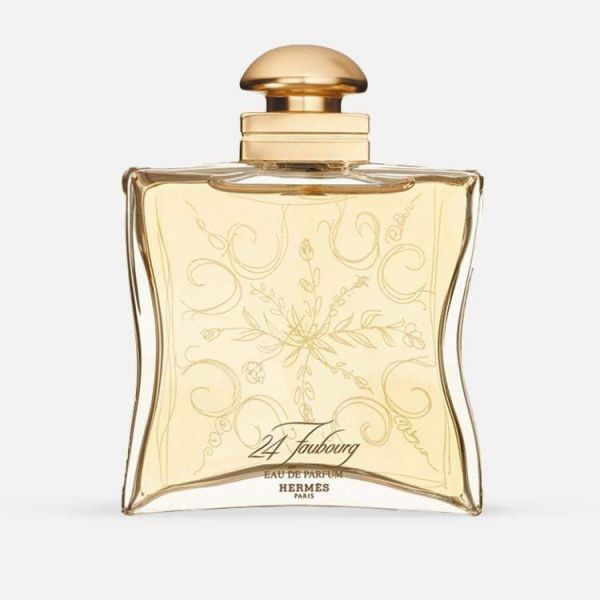 24 Faubourg by Hermes for Women

The best Hermes perfume cost is quality. The best quality you can pay for is the 24 Faubourg Perfume by Hermes, 24 Faubourg by Hermes. Released in 1995, this timeless fragrance invokes the breezy, sensual quality of exotic travel and sunny destinations. It opens with brilliant white floral top notes that seamlessly fuse with a mysterious heart of powdery iris and wood. Rich bottom notes of animalistic ambergris and sweet vanilla round out this distinctly feminine olfactory journey.

This concentrated perfume is intensified by the warmth of your own body to create a longer-lasting, stronger scent. Apply in the creases of your skin and neck for a longer-lasting, stronger scent. After applying, avoid rubbing or dabbing skin. This breaks down the fragrance, causing it to wear off more quickly. If you prefer placing fragrance on your wrists, be sure to reapply after frequent hand-washing, as this tends to rinse off the scent.

Hermes has been creating scents for over 140 years. Ten years later, the birth of Cal¨che, the establishments first womens perfume, confirmed the involvement of Herm¨s in the craft of perfume creation. Since then, fragrance has followed fragrance, each signed by the great names of perfume design. The arrival of Jean-Claude Ellena, in 2004, as the in-house perfumer for Hermes was a decisive step for them as an artist of olfactory emotion and an aesthete who goes beyond scale and material he shares Herm¨s sense of craftsmanship and expertise.