The store will not work correctly in the case when cookies are disabled.
Havana EDT
Refer Friends 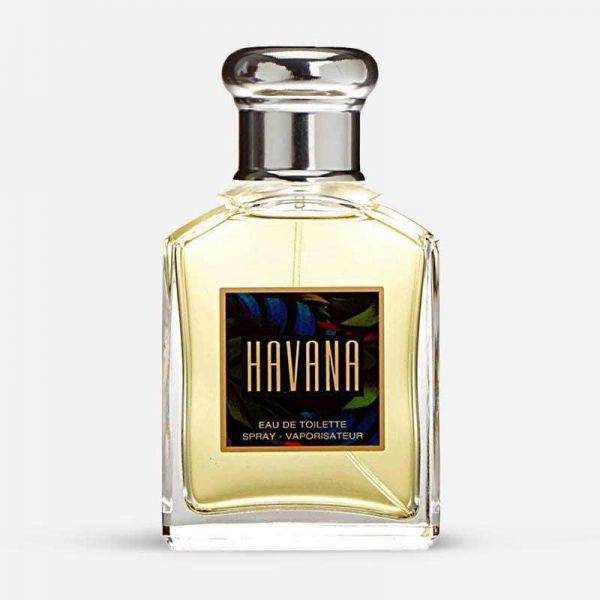 Havana by Aramis for Men

Aramis Havana Eau De Toilette Spray is a warm, woody scent created in 1994, this Aramis perfume adds new excitement to romantic outings. The strong aroma of artemisia blends with lightly spicy caraway and refreshing mint at the top to create a sparkling floral opening. The heart features a rich and dynamic fusion of carnation, fir, cinnamon, and tobacco while soothing and woody notes of patchouli, vetiver, and sandalwood form a sensual base.

The fragrance of Aramis Havana is intensified by the warmth of your own body. Apply in the creases of your skin and neck for a longer-lasting, stronger scent. After applying, avoid rubbing or dabbing skin. This breaks down the fragrance, causing it to wear off more quickly. If you prefer placing fragrance on your wrists, be sure to reapply after frequent hand-washing, as this tends to rinse off the scent.

Aramis was a pioneer in the men's prestige grooming products and fragrance market. The brand was launched in 1964 by Estee Lauder Companies, it was named for a character in Alexandre Dumas' beloved classic ""The Three Musketeers."" The original Aramis fragrance made a splash upon first introduction and continues to attract new devotees with each generation. The scent is a classic masculine mix of spicy, woody notes that fans say never goes out of style. For many men of a certain age, Aramis was the first after-shave or men's toiletry they used.

Aramis, the original after-shave, is still available and the fragrance is offered in Eau de Toilette, shaving soap and body wash. Aramis is also a brand that produces other fragrances for both men and women, and is the parent company of Tommy Hilfiger fragrances. Notable offerings besides the original scent include New West for her, introduced in 1990, and classic men's fragrance Havana, first introduced in 1994.