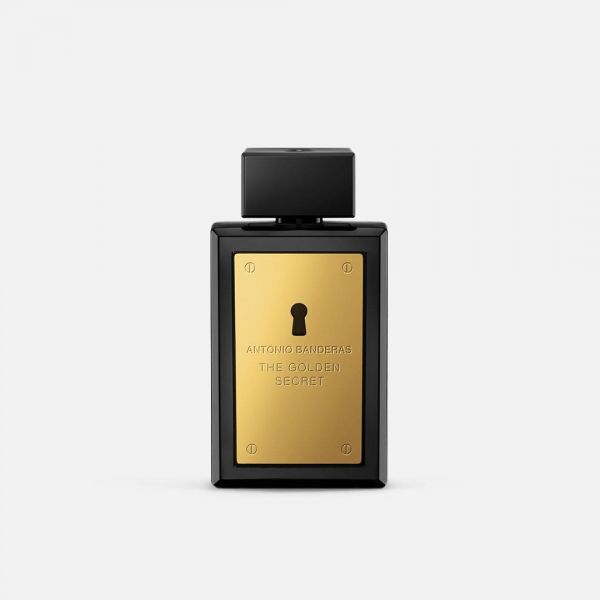 The Golden Secret by Antonio Banderas for Men

The Golden Secret Cologne by Antonio Banderas, He captures your sense, he unlocks your powers of seduction. This masculine cologne starts with a refreshing combination of mint, green notes and apple. The heart notes spice up your night, including a blend of pepper, nutmeg and cumin. Base notes exude strength and virility with the deep, rich scents of leather, cedar and musk. Available since 2011, this fragrance creates a sense of intrigue, arousing interest wherever you go. The fragrance and warmth of your body intensify the scent of this cologne. Apply the fragrance in the creases of your skin and even on your neck to have a longer lasting, stronger scent. After applying, avoid rubbing or dabbing skin. This breaks down the fragrance, causing it to wear off more quickly. If you prefer placing fragrance on your wrists, be sure to reapply after frequent hand-washing, as this tends to rinse off the scent.

Antonio Banderas a handsome and talented young actor caught the attention of Hollywood. He made his American film debut in 1992's "The Mambo Kings." His breakthrough performance as Tom Hanks' life partner in 1993's "Philadelphia" introduced his work to a wider American audience and helped him secure future roles that put him alongside such top Hollywood stars as Tom Cruise, Brad Pitt, Madonna and Catherine Zeta-Jones. In the film series "Spy Kids" with director Robert Rodriguez he achieved great success. Antonio Banderas is a Spanish-American actor, film director, producer and voice artist. He has won or been nominated for numerous awards in both the Spanish and Hollywood film industries. He received a star on the Hollywood walk of fame in 2005. He is also an accomplished singer, and earned a Tony nomination and several awards for his performance in the musical "Nine." In addition to work on stage and screen, Banderas has also produced nine films and directed three. Antonio Banderas is married to American actress Melanie Griffiths and the couple has a daughter.