The store will not work correctly in the case when cookies are disabled.
Fracas Women EDP
Refer Friends 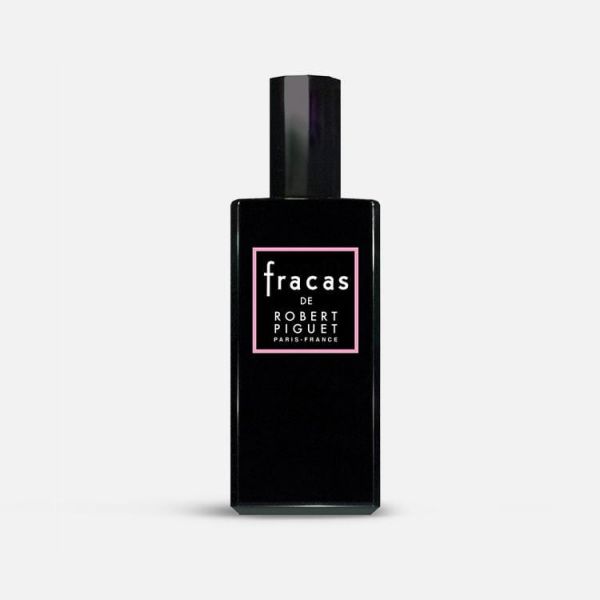 Famous fragrance by Robert Piguet. Fracas was first launched in 1948 and then reissued in 1998. Intoxicating fragrance in Parisian style, known for its refined simplicity, and as an object of desire for women all over the world. Fracas is glamorous and comfortable at the same time, modern and provocative. It is ultra feminine and sexy! This year Robert Piguet house celebrates the 60th anniversary of the fragrance Fracas. The composition of this fragrance is enchanting... It opens with freshly sweet notes of bergamot, mandarin, and lilac. The heart brings lovely fusion of white flowers. Tuberose, exuberant and seductive, nicely blends with pure, clear and intensive notes of jasmine, white narcissus, gardenia, lily of the valley, and white iris. A hint of orange blossom and violet embraced by sandalwood, vetiver and sensual musk in the base creates strong character and individuality of Fracas.

Robert Piguet is a French perfume house founded by couturier Robert Piguet. Born in Switzerland and destined for a career in finance, Piguet chose to depart for Paris at age 17, against his family's wishes, to pursue a career in fashion. Piguet found employment at Redfern, and then with influential early 20th century fashion designer Paul Poiret.

With experience at two important fahion houses under his belt, Piguet struck out on his own in 1933. His fashions for women were elegant in their simplicity, perfectly cut, reserved and conservative for daytime and colorful and flamboyant for nighttime. By 1938, Piguet's success enabled the opening of a new luxuruious salon on the Champs Elysses.

Piguet's personal charm and aristocratic manner made him the toast of the wealthy elite as well as the arts and theatrical crowd. During his period of greatest success, Piguet employed some of the 20th century's best-known fashion designers before they rose to fame. Hubert de Givenchy, Pierre Balmain, Christian Dior and James Galanos all took a turn at the house of Piguet. Piguet's fashion house was tremendously successful until it closed in 1951, and his influence on women's fashions lives on through the designers he helped train and through the iconic perfumes launched under the Robert Piguet brand.

Piguet met famed perfumer Germaine Cellier in the 1940s and worked with her to create perfumes that suited his elegant and modern post-war fashions. The first scent, Bandit, a leathery chypre launched in 1944, was introduced in conjunction with Piguet's runway collection that featured women in masks, with toy guns and knives, evoking a "bad boy" image.

The pair collaborated again on 1945's Visa (along with Jean Charles) and 1947's Fracas, deemed by many to be the quintessential tuberose fragrance.

Baghari was introduced in 1950, and was the last fragrance created before Piguet's death in 1953. The fashion house closed in 1951, but the Robert Piguet brand name continued to launch fragrances into the 1960s, with Cravache and Futur.

Ownership of the Robert Piguet brand and fragrances changed hands several times before reaching Fashion Fragrances & Cosmetics in the 1990s. They sought to reintroduce the Piguet brand name as a luxury fragrance brand, and to offer versions of the original fragrances that adhered as closely as possible to the formulas and fragrances of the original scents, using modern ingredients and with slight updates for modern sensibilities. As a result, many of the classic Piguet fragrances have been made available again to the public, and new scents under the Piguet name have also been introduced.