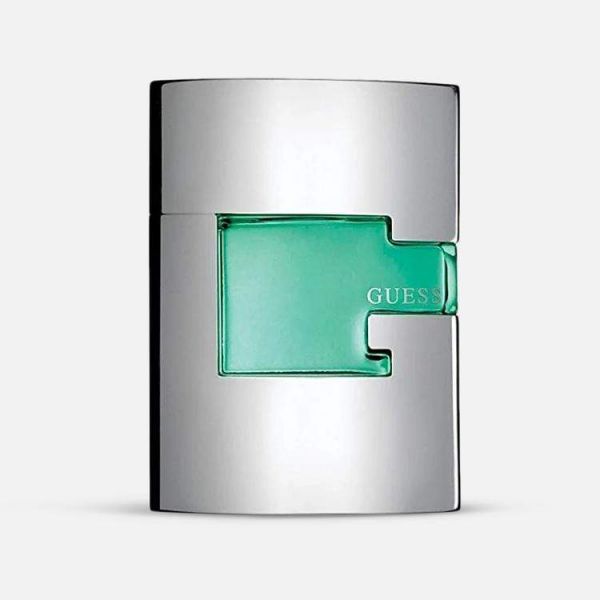 Guess For Men by Guess for Men

The Guess Man fragrance embraces a citrusy-aromatic scent that blends together lavender, wormwood, white pepper and ginger to create a scent that will get you noticed. Garment Spray employs the same fragrance concentrate used in all of our colognes. It's intensified by the warmth of your own body, giving it long-lasting power. Apply in the creases of your skin and neck to increase its strength for a longer lasting scent. After applying, avoid rubbing or dabbing skin. This breaks down the fragrance, causing it to wear off more quickly. If you prefer placing fragrance on your wrists, be sure to reapply after frequent hand-washing, as this tends to rinse off the scent.

GUESS is an American fashion brand created by brothers Georges, Armand, Paul and Maurice Marciano. Moroccan-born and French-raised, the brothers moved to California in 1977 to launch a business, using seed money provided by the family who owned Jordache Jeans. The first GUESS jeans the ""Marilyn"" were stone-washed and featured distinctive zippers at the ankle. As the designer jeans trend of the late 1970s continued in full swing in the early 1980s, GUESS introduced a captivating product at just the right time. The brand was introduced to the American market through retailer Bloomingdale's.

Advertising has been important in the establishment of this brand and would help propel them into one of the best-selling denim brands of the 1980s. GUESS began its distinctive retro-styled black-and-white ads in 1985. The ads have featured such notable models (many of whom were not yet famous) as Claudia Schiffer, Anna Nicole Smith and Laetitia Casta, Carla Bruni and Naomi Campbell, heavily made-up and stylized to resemble the 1950s and 1960s starlets.

Men's jeans were added in 1983, and a line of GUESS watches was also very successful in the mid-1980s. A home accessories division was available for a brief time in the 1990s. The brand survived the ups and downs of the fashion world in the 1990s and has successfully reintroduced itself to the youth market in the 21st century, assisted by advertising featuring Paris Hilton.

GUESS apparel is now available in three lines: GUESS (denim and casual wear), Guess by Marciano (modern ready-to-wear and accessories), and Guess Kids. The first GUESS fragrance, ""Original"" Guess for women, was introduced in the late 1980s through a partnership with Revlon. Parlux held the fragrance license for Guess from 2003 until 2009, when Guess began producing fragrances for men and women in conjunction with Coty.