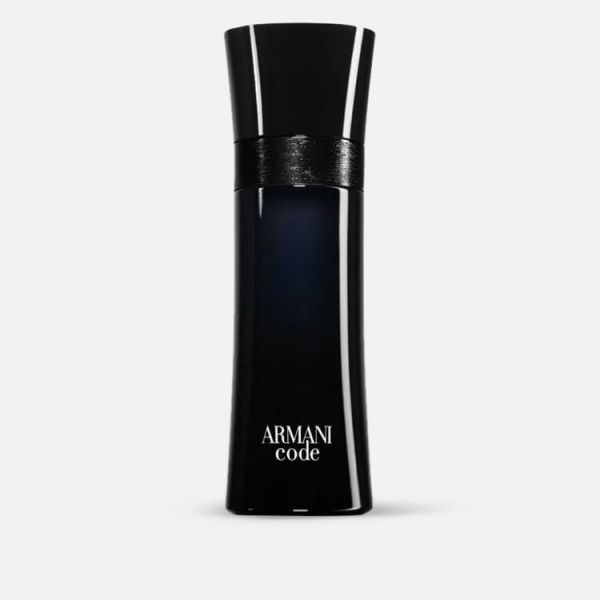 The ultimate in modern refinement, Black Code is a fresh and dynamic woody fragrance. A duality of opposites, it is both powerful and sophisticated. This new interpretation of the codes of the Maison combines the distinctiveness of its own heritage with a contemporary vision of elegance and contrasts. Armani Code was launched in 2004. The nose behind this fragrance is Antoine Lie. When connecting with our most primal energy, this fragrance awakens heroic attitudes and unleashes an audacious magnetism that personalizes the wearer's experience.

With a rigorous design sensibility and a penchant for rigorous, innovative ingredients, designer Giorgio Armani continues to break new ground with Black Code by Giorgio Armani. A daring and modern version of the classic men's cologne, this fragrance seamlessly weaves notes of bergamot and star anise with earthy guaiac wood, leather, and tonka bean to build a masculine yet enveloping scent that is uniquely contemporary.

A fragrance that is a new interpretation of a classic idea: a modern, sexy, and elegant scent. Black Code represents the blackest part of the night when the sky is at its darkest œ a sparkling sexual energy contained within a sensual yet mysterious aura. Black Code embraces the dark side of the masculine soul. If you're searching for something totally unique, utterly refined, and superior in quality to all others, look no further than the newest edition to the Giorgio Armani family: Black Code.