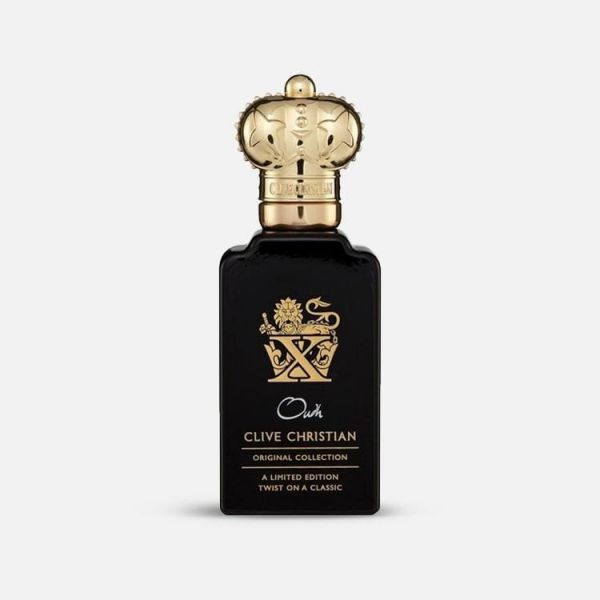 Clive Christian X Oudh by Clive Christian is a Amber Spicy fragrance for women and men. X Twist Oudh was launched in 2017. Top notes are Cardamom, Pimento, Baie Rose, Bergamot, Cedar, Laurels, Lemon and Neroli; middle notes are Thyme, Geranium, Clary Sage, Cypress, Balsam Fir, Ginger, Jasmine, Olibanum, Rose and Ylang-Ylang; base notes are Agarwood (Oud), Amber, Castoreum , Tonka Bean and Ambrarome. Clive Christian perfume has the odor of real incense which is intensified by the warmth of your own body. Apply in the creases of your skin and neck for a longer lasting, stronger scent. After applying, avoid rubbing or dabbing skin. This breaks down the perfume, causing it to wear off more quickly. If you prefer placing perfume on your wrists, be sure to reapply after frequent hand-washing, as this tends to rinse off the scent.