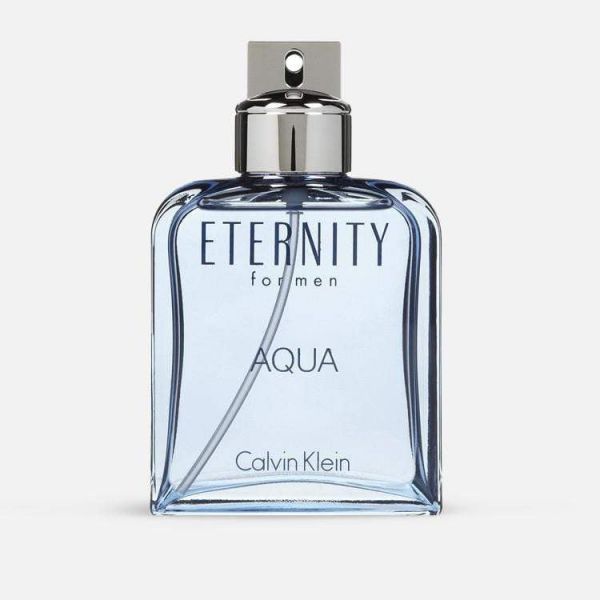 A fresh and seductive scent. A new dimension for the man who loves to be unique and daring: this aquatic fragrance makes a perfect first impression.Eternity Aqua for Men was launched in 2010. This scent can best be described as a classic men's cologne, which offers a perfect balance of wood, spice and musk notes. The aroma is sophisticated and graceful, fresh and sensual. Perfect for casual wear, this fragrance offers a unique scent to engage the senses while relaxing the mind.

They were fascinated by the idea of creating a pure and simple Eau de Toilette a water of life an impalpable and fresh elixir. We aimed to create a fragrance that would be at one with the body, discreet and lasting so we endeavored to choose ingredients that had their own natural longevity. In short, we wanted to offer a fragrance that was as full of life as the woman who wears it. The bottle is made of frosted glass and bears the name Eternity in raised silver letters on a silver cap and Calvin Klein logo on the other side.