The store will not work correctly in the case when cookies are disabled.
Yellow Diamond EDT
إحالة الأصدقاء 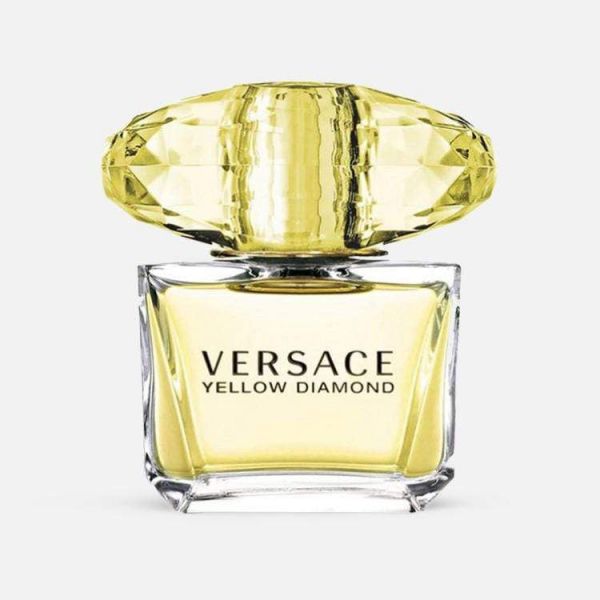 Yellow Diamond by Versace for Women

Versace created Crystal Noir, a glamorous crystal-inspired fragrance line, in 2004. Versace launched the lighter and fruitier Bright Crystal in 2006. In 2011, a new fragrance of the collection emerges, "a crystal that turns into a diamond," named Yellow Diamond. Yellow Diamond is crafted as a pure, transparent and airy floral fragrance, sparkling and intense as the yellow color, while being luxurious and feminine like a diamond. Its composition opens with luminous freshness of lemon, bergamot, neroli and pear sorbet. The heart features airy orange blossom, freesia, mimosa and water lily. The base is made of amber, precious musk and guaiac wood. The fragrance is intensified by the warmth of your own body. Apply in the creases of your skin and neck for a longer-lasting, stronger scent. After applying, avoid rubbing or dabbing skin. This breaks down the fragrance, causing it to wear off more quickly. If you prefer placing fragrance on your wrists, be sure to reapply after frequent hand-washing, as this tends to rinse off the scent. Versace perfume will stay true and fresh throughout the day and into the next if desired.

Versace is an Italian fashion design house founded by the late Gianni Versace. Debuting with a line of women's wear in 1978, the company was an instant success. A men's line and the company's first boutique in Milan followed in that same year. Gianni Versace chose the Medusa symbol as his company's logo. The company's luxurious clothing and accessories are characterized by influences ranging from pop art to classical Greek and Roman architecture. Versace became a favorite amongst celebrities. Elton John was an early fan of Versaces fashion forward designs, and the house is unique among Italian fashion houses for its consistent use of celebrities in advertising campaigns. Celebrities who have at one time been the face of Versace include Madonna, Ashton Kutcher, Britney Spears, Halle Berry, and more. Some credit Versace with contributing to the "super model" phenomenon of the 1990s when the house cast every top fashion model for its 1991/1992 Autumn/Winter runway show. Versace Designer pursues fashions and fragrances under the direction of his family. Sister Donatella, formerly the vice-president of the company and the leader of the Versus division, as well as Gianni Versace's longtime muse and the inspiration for the fragrance Blonde (1995), took over as creative director. Older brother Santo Versace is president and CEO. Niece Allegra Versace is 50% owner of the company.