The store will not work correctly in the case when cookies are disabled.
Figue Blanche EDP
إحالة الأصدقاء 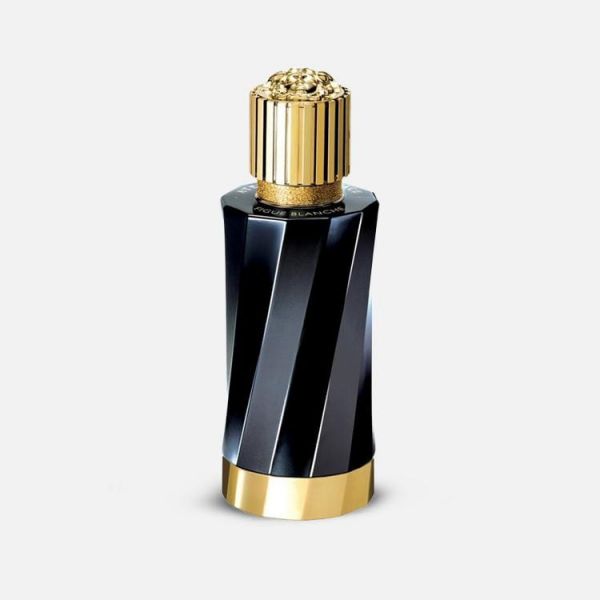 Versace launches the Atelier Versace collection of six perfumes in October 2019. The fragrances bear the names Cedrat de Diamante, Eclat de Rose, Figue Blanche, Jasmin au Soleil, Santal Boise and Vanille Rouge. Each of the creations has one ingredient as a theme and was developed by five perfumers. Marypierre Julien created Figue Blanche, blending fresh figs with essential oils of mandarin, bergamot, neroli, jasmine and rose. All fragrances come in the same glass bottle with black and clear versions available. The heavy gold caps contain the Medusa logo, inspired by Versace's fashion collections. The fragrance is intensified by the warmth of your own body. Apply to the creases in your skin and neck to keep the scent stronger, longer. After applying, avoid rubbing or dabbing skin. This breaks down the fragrance, causing it to wear off more quickly. If you prefer placing scent on your wrists, be sure to reapply after frequent hand washing, as this tends to rinse off scents.