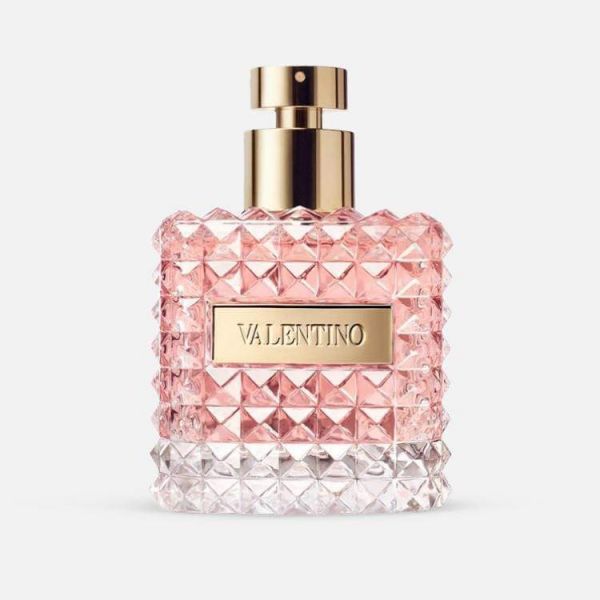 Valentino Donna by Valentino for Women

After the Valentino Uomo fragrance from 2014, Valentino presents its feminine version Valentino Donna, that comes out in the fall of 2015. The fragrance is a smooth chypre-floral that is announced as containing accords of Italian bergamot, Bulgarian rose, iris absolute, patchouli, leather and vanilla. The fragrance is intensified by the warmth of your own body. Apply in the creases of your knees and elbows for a longer-lasting, stronger scent.  After applying, avoid rubbing or dabbing skin. This breaks down the fragrance, causing it to wear off more quickly.  If you prefer placing fragrance on your wrists, be sure to reapply after frequent hand-washing, as this tends to rinse off the scent.

Valentino is a company founded in Rome in 1960 by designer Valentino Garavani. The line includes Valentino (Haute Couture and Ready-to-wear lines), Valentino Garavani (shoes and accessories), Valentino Roma (women's ready to wear) and RED Valentino (contemporary women's). VALENTINO showed an early aptitude for fashion, apprenticing under an aunt and a local fashion designer in Voghera. Furthering his education in France at the cole des Beaux-Arts and the Chambre Syndicale de la Couture Parisienne. Working as an apprentice at Jacques Fath and later Balenciaga, Jean Desses and eventually Guy LaRoche became a great designer. He returned to Italy in 1959 to set up his own shop where he earned praise for his red dresses, earning him the name "king of the red carpet." The enduring success Valentino is considered by many to embody the essence of Italian couture. He clothed the rich and famous in his empire that spread to more than 70 countries. Valentino is considered by many to embody the essence of Italian couture, and his company is considered an enduring success. Fragrances have been offered by the Valentino company for a number of years, first in partnership with Procter and Gamble, and as of 2010, with Puig.