The store will not work correctly in the case when cookies are disabled.
Black Orchid Hair Mist
إحالة الأصدقاء 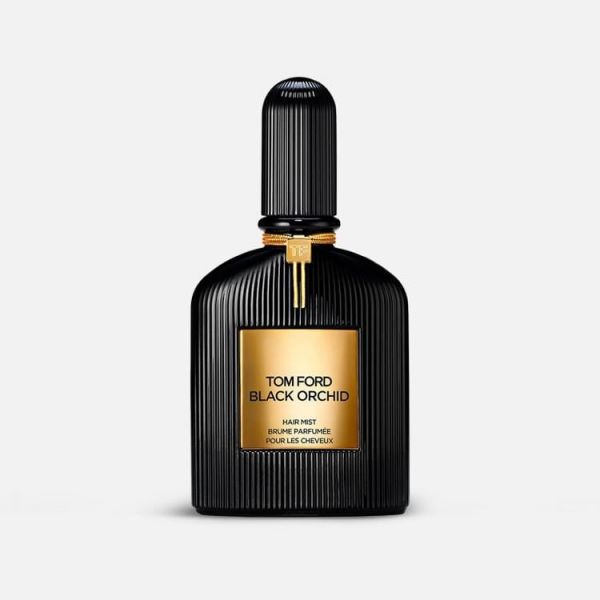 Black Orchid Hair Mist by Tom Ford is an Amber Floral fragrance that was released in 2017. Who Is It Best For? This Amber Floral fragrance will bring a warm, brilliant, and animating floral sensation. Amber is a blend of ingredients that describes a warm, powdery, sweet scent. It consists of a soiree of ingredients (natural and synthetic) such as vanilla, patchouli, labdanum, styrax, benzoin and a few more. It is used to create oriental fragrances that convey a rich, spicy and powdery feel.

Tom Ford is an American fashion designer and film director. Initially trained as an architect at Parsons School of Design, Tom Ford spent a year working abroad at an internship for fashion house ChloÃƒÆ’Ã‚Â© and developed a feel for the fashion industry. Tom Ford concealed his architecture background and displayed considerable personal charm in his pursuit of a job in the fashion industry. His first position was with American designer Cathy Hardwick, but he knew better prospects were available in Europe. Tom Ford worked at Gucci in the early 90s when it was in transition after Lorenzo Prestigious Italian fashion house Gucci was struggling at the time. Ford accepted a position in Gucci's women's Ready-to-Wear division in 1990, and achieved considerable success at Gucci, eventually heading up multiple divisions before being named Creative Director in 1992. Ford's efforts were pivotal in Gucci's turn-around. The company was nearly bankrupt when Ford joined the organization, but when he left in 2004, the company's value had more than doubled. Tom Ford dropped out of high school at 16. He worked as a stock boy at the Michigan-based fashion boutique, Maxine's. At 19, he became fashion designer Kate Spade's first assistant. He gained notice by British fashion journalist Justin de Villeneuve, which led him to freelance for fashion magazines like W and i-D. He was the first creative director of Gucci's menswear line, where he transformed the luxury Italian fashion brand. Tom Ford also launched his own brand of fashions, accessories and eyewear. Ford's career took an unusual turn in 2009 when he directed his first film, "A Single Man," which was well-received by critics and filmgoers and earned a number of awards and nominations for the director and actors.