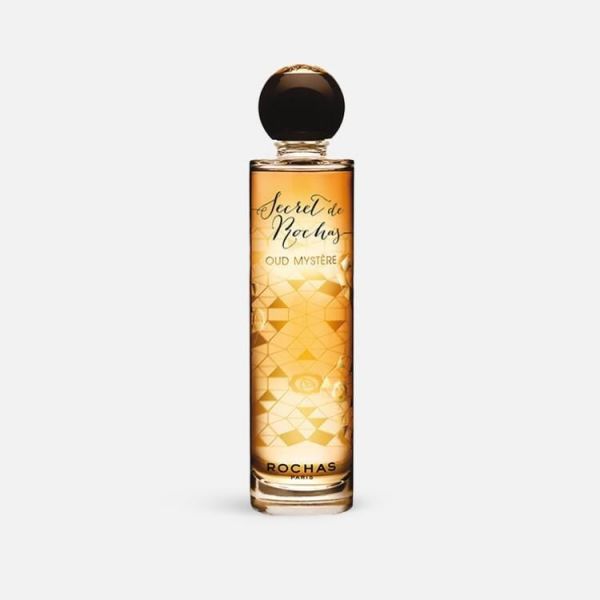 Pure seduction. One that reveals its beauty and mystery with time and in the company of the one you desire. Delicate florals, rich spices and resinous woods create a scent that is both ancient and modern, wrapped in the subtle glamour of the house of Rochas. Secret de Rochas Oud Mystre by Rochas is a Amber Floral fragrance for women. Secret de Rochas Oud Mystre was launched in 2014. The nose behind this fragrance is Jean-Michel Duriez. Savor the mystery of Secret de Rochas, an olfactory experience for adventurous connoisseurs.

Rochas Secret de Rochas was the first perfume to combine the subtle, sensual notes of agarwood with the heady warmth of oud. The scent opens with top notes of agarwood (oud) and vibrant red rose wrapped in spices. It is then intensified by woodsy notes and patchouli , all seamlessly blended into olibanum before gradually settling down to reveal dry down notes.

Commit to the blindfold with a scent inspired by masculine elegance. Created for men whose freedom is symbolized by secrets, this woody/aromatic fragrance stays close to the skin upon application, then unfolds into masculine yet modern notes that intertwine to create a scent that is mysterious and seductive.

Rochas began as a French fashion house founded by Marcel Rochas in 1925. The former couturier and self-taught perfumer vaulted to fame after reinventing the corset with his New Look, and later created the iconic Rochas scent. Created today in Paris, Rochas fashion collections combine the elegance of the past with the intricate details and cutting-edge textures of modern women.

The Rochas fusion between past and present has been a definitive aesthetic of the house since its foundation. Its avant-garde creations, stemming from Oriental inspiration, were a source of miracles on the body. In honor of the maison's history, the new Rochas woman is a sophisticated, seductive woman who touches on Rochas' roots while being ever so contemporary.

The perfume bottle of Rochas has the typical Rochas design. The perfumes of this perfume house are an expression of their time; they feature modern elements that catch the attention of the consumer. The bottles are made with fine black materials that fit the aromatic perfumes inside. Most of them have a gold label on top of them, they usually carry ornamental letters. When they were launched most of these fragrances were marketed as feminine perfumes.

Welcome to the world of Rochas, designer Rochas has 70 perfumes in our fragrance base. The earliest edition was created in 1944 and the newest is from 2015. When you like to smell nice, you are looking for the perfume that will match your personality and character.