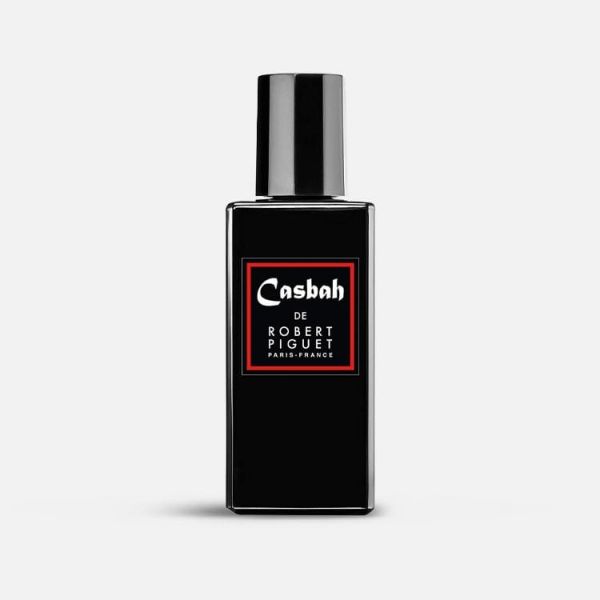 Casbah Eau de Parfum captures the aphrodisiac atmosphere of a Moroccan bazaar. It's spicy, sensual and mysterious a rare combination. This fragrance blend has a combination of various notes. The man who wears this fragrance possesses tremendous class and is focused on sophistication. He is also driven, dedicated, hard working and business minded. Casbah by Robert Piguet is a Amber Spicy fragrance for women and men. Casbah was launched in 2012. The nose behind this fragrance is Aurelien Guichard. It is recommended for evening wear.

Casbah is a spicy oriental fragrance for men and women. First introduced in the 1930's, it was the first successful perfume to combine incense, cedar and tobacco notes in the composition. This great classic from the 60's is still one of the most popular and well crafted fragrances ever made. It has a rich spicy floral fragrance with top notes of black pepper and nutmeg, heart notes of incense, tobacco and orris root, and base notes of vetiver and cedar.

Beautiful. Mysterious. Bold. Exotic yet balanced. Casbah is a modern take on the classic oriental fragrance, and an instant classic in its own right. it is the interesting result of a sophisticated blend of ingredients that come together to create a complex, yet somehow vibrantly transparent, fragrance experience. The flacon is almost art deco in its swirled glass--all very attractive. This fragrance evokes the Moroccan city of the same name and it is won