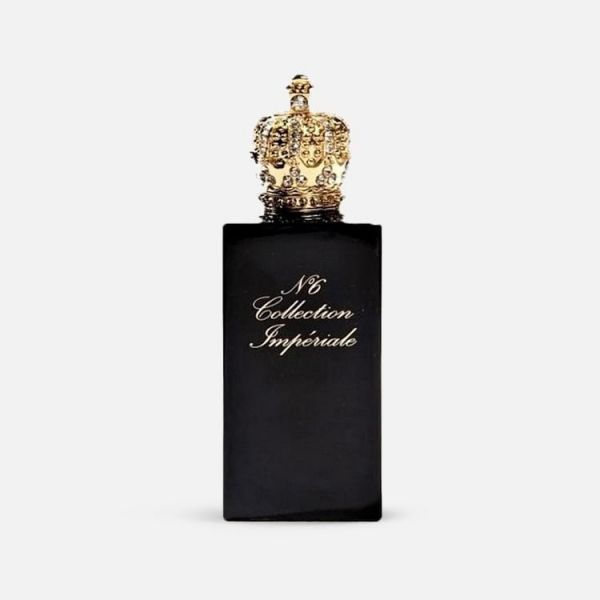 Imperiale No.6 by Prudence Unisex

Just below the Ural Mountains lies the historic town of Yekaterinburg, rich in minerals and the gateway to the Siberian plains. Inspired by her visit there, Prudence decided to honor the past by making a new eau de parfum collection for women. But she didn't want to manipulate the painful past; instead, she chose a distinct form of tribute that remembered the past and the present. The compilation is a deep and wistful reflection of melancholic opulence. It is a sequence of fragrances without individual names, just numbers, and each one is shown using a crown as a crown in an elegant black bottle. A sensuous dry down of notes rounds out this Floral/Powdery fragrance!

The warmth of your own body intensifies the fragrance. Apply in the creases of your skin and neck for a longer-lasting, stronger scent. After applying, avoid rubbing or dabbing skin. This breaks down the fragrance, causing it to wear off more quickly. If you prefer placing fragrance on your wrists, be sure to reapply after frequent hand-washing, as this tends to rinse off the scent.