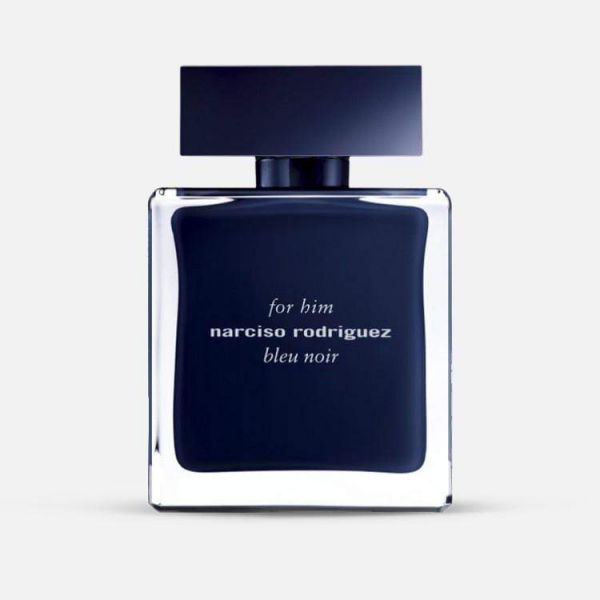 Narciso Rodriguez Bleu Noir Cologne by Narciso Rodriguez, Show your mysterious and multi-layered personality with Narciso Rodriguez Bleu Noir, a distinctive mens fragrance. This unique scent blends spicy, woody and earthy notes for a robust and tantalizing scent thats perfect for day wear at the office or evening wear. Narciso Rodriguez is a fragrance intensified by the warmth of your own body. Apply it in the creases of your skin and neck for a longer-lasting, stronger scent. After applying, avoid rubbing or dabbing your skin, as this breaks down the fragrance, causing it to wear off more quickly. If you prefer placing it on your wrists, be sure to reapply after frequent hand-washing, as this tends to rinse off the scent.

This success led to the formation of the Narciso Rodriguez label, which introduced its first collection in 1997. Rodriguez won the Best New Designer awards from Vogue/VH1 and the Council of Fashion Designers in America.

In 1997, Loewe also appointed Rodriguez as Design Director for their Women's Ready to Wear Collection.

Rodriguez returned to the United States for his 2001 collection, and went on to receive "Designer of the Year" awards in 2002 and 2003 from the Council of Fashion Designers of America.

Rodriguez's name was in the spotlight once again when First Lady Michelle Obama wore a controversial dress from his 2009 Spring collection in her first appearance with then President-elect Barack Obama.

Narciso Rodriguez launched his first fragrance, For Her, in conjunction with Shiseido's Beaute Prestige International Brand in 2003. The men's companion, For Him, was launched in 2007.