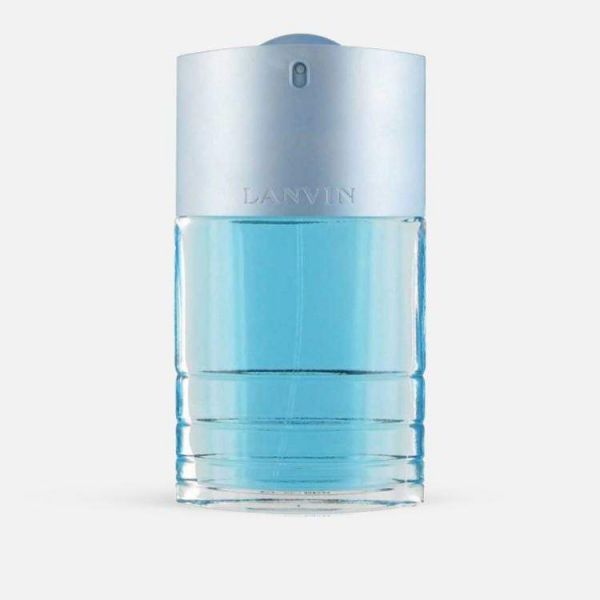 Oxygene by Lanvin for Men

The Lanvin Oxygene Eau de Toilette Spray for men is a warming, aromatic, and charismatic fragrance. Launched in 2001, it opens with fresh and spicy scents of Artemisia, Coriander, Fir Resin, and Cypress at the top for a unique and intriguing aroma. Intense, herbaceous notes of Juniper and Myrtle combine in the middle of the perfume, while the lasting scents of Cedar and White Musk linger around the base. Simple and light, this Lanvin fragrance is alike a burst of fresh air that calms the senses.

The scent is intensified by warmth of your own body. Apply in creases of your skin and neck to get a longer-lasting, stronger scent. After applying, avoid rubbing or dabbing skin. This breaks down fragrance, causing it to wear off more quickly. If you prefer placing fragrance on your wrists, be sure to reapply after frequent hand-washing, as this tends to rinse off fragrance.

The Lanvin brand is the French fashion house founded by designer Jeanne-Marie Lanvin. Trained as a milliner and dressmaker in Paris, Jeanne-Marie Lanvin's entrance into the fashion world began with the beautiful clothing she made for her daughter, Marguerite. People began inquiring about where they could purchase this clothing, and Lanvin joined the Syndicat de la Couture ("Union of Sewing") in 1909. It wasn't long before she made the switch from clothing children to clothing their mothers.

Lanvin is famous for her fashionable garments and matching mother-and-daughter ensembles. Lanvin expanded to include a dye factory, home decor, menswear, furs and undergarments. Lanvin's most notable achievement took place after she expanded her company to include Lanvin Parfums SA in 1924. The company's first perfume, My Sin, was launched in 1924. The company's most successful fragrance, Arp¨ge (named after daughter Marguerite's arpeggios during piano practice) was launched to great success in 1927, and remains an enduring classic, still in production today.

A Girl In Capri EDT