The store will not work correctly in the case when cookies are disabled.
Marry Me EDP
إحالة الأصدقاء 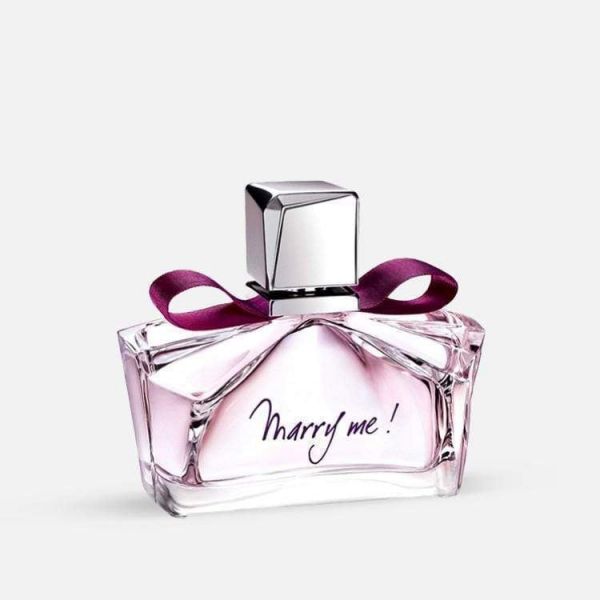 Marry Me by Lanvin for Women

The first date is the most important moment in relations between men and women. Successful first date is like a smell of your perfume - warm, sensual, attractive. The new fragrance by Lanvin aims at all those who enjoy infatuation, love, unity, fulfillment. This intuitive and shamelessly direct fragrance says without fear: ""Marry me!""

The Marry Me version of Marry Me presents a floral composition as optimistic as a smile. Combination of femininity and good humour intertwines with lovable, gentle dreams about love, similar to an embrace by a person you love. Perfumer who managed to pour dreams of love into a fragrant collage is Antoine Maisondieu. He lines floral notes like a romantic wreath of flowers.

Lanvin is a French fashion house founded by designer Jeanne-Marie Lanvin. Trained as a milliner and dressmaker in Paris, Lanvin opened a shop open called Rue de la Paix in 1889. Famous for her fashionable garments and matching mother-and-daughter ensembles, Lanvin's empire expanded to include a dye factory, home decor, menswear, furs and undergarments.

Jeanne Lanvin founded her company in 1889, focused around the idea of not only dressing the aristocratic women of France but also supplying them supporting items, such as parasols and handbags. Lanvin's most notable achievement took place after she expanded her company to include Lanvin Parfums SA in 1924. The company's first perfume, My Sin, was launched in 1924. The Company's most successful fragrance, ArpÃƒÆ’Ã‚Â¨ge (named after daughter Marguerite's arpeggios during piano practice) was launched to great success in 1927, and remains an enduring classic, still in production today. Jeanne Lanvin passed away in 1946, and daughter Marguerite took the helm. The company remained in Lanvin family hands until 1989.