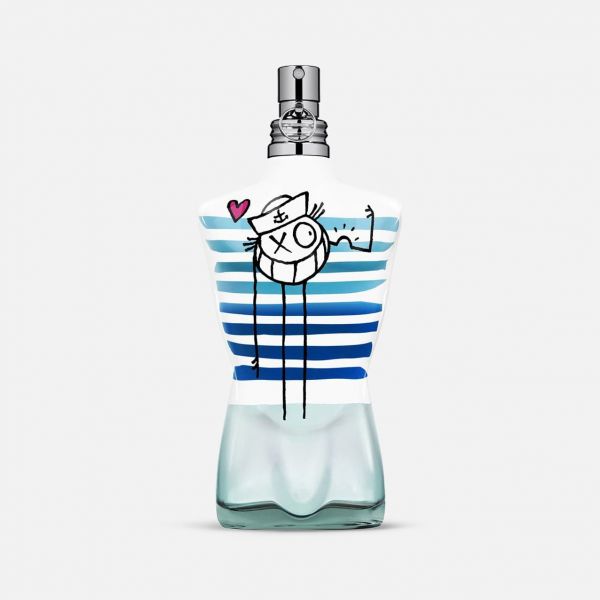 I Love Gaultier by Jean Paul Gaultier for Men

Introducing Jean-Paul Gaultiers Le Male in its new version. A fragrance built on a fabric softener accord; clean and fresh like an impeccable tank top that you slip into. Neroli flower and mint give depth to the base. Sage unites with tonka bean, sandalwood and vanilla. The fragrance is intensified by the warmth of your own body, which means youll smell even better after a long day at work. Apply in the creases of your skin and neck for a longer-lasting, stronger scent. After applying, avoid rubbing or dabbing skin. This breaks down the fragrance, causing it to wear off more quickly. If you prefer placing fragrance on your wrists, be sure to reapply after frequent hand-washing, as this tends to rinse off the scent.

Jean Paul Gaultier is a French fashion designer whose first collection was presented in 1976. He began his career at a young age by sending his sketches to famous couture designers of the day. Pierre Cardin and Jean Patou are among the designers who recognized his talent and helped him get started in the business. As a sartorialist, Jean Gaultier has designed mens clothing, womens clothing, perfume, furniture, accessories, toys, watches, cosmetics and architectural decoration. He is also active in theatre, designing costumes for the Comdie-Franaise and worked for Sergei Diaghilev as his assistant on Le sacre du printemps in 1903. Jean Paul Gaultier is an internationally renowned designer known for his novel fashion items. His first perfume of the Gaultier house was launched in 1993--the famous Jean Paul Gaultier EDP for women, whose name was subsequently changed to Classique. Classique was followed by Le Male in 1995, and Fragile in 1999. All of them were known for their peculiar packaging and unusual compositions. Limited edition flankers have been released for many of the fragrances, featuring new fashions for the bottles. Jean-Paul Gaultier fragrances were made in collaboration with perfumers Francis Kurkdjian, Jacques Cavallier, Daphne Bugey, Fabrice Pellegrin, Steve DeMercado, Quentin Bisch, Sonia Constant, Olivier Cresp, Annick Menardo, Nathalie Gracia-Cetto, Christophe Raynaud, Aurelien Guichard and Hamid Merati-Kashani. Explore our Jean Paul Gaultier fragrance base.