The store will not work correctly in the case when cookies are disabled.
One Man Show Gold Edition EDT
إحالة الأصدقاء 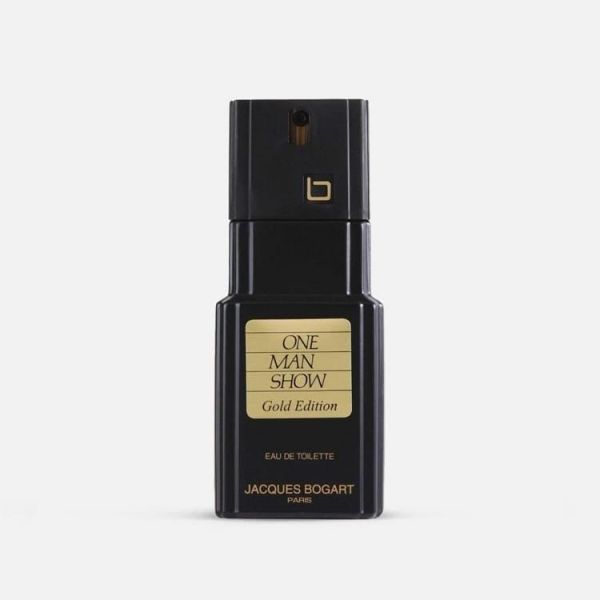 Jacques Bogart presents One Man Show Gold Edition for men, a new and bold fragrance offering. This limited edition opens with a spicy and masculine accord built around Anise and African Orange Flower on top of a soft and sensual heart of Cinnamon, Lavender and Geranium. The base is composed of Musk, Amber Woodsy notes accompanying the heady French Labdanum that lays the perfect underlying tone to express its distinctive manliness. This new edition offers a rich yet balanced interplay between contrasting accords, first warm and fiery then soft and sensual.

The new Jacques Bogart One Man Show By Jacques Bogart Gold Edition honors the original spirit of the legendary fragrance, reinforcing its characteristic traits and adding a new passion. The interpretation for a modern man is embodied by a resolutely modern flacon, with an elegant cap of black metal and golden details.

Jacques Bogart created his first fragrance in 1969. At the time, Jacques Bogart was an internationally recognized fashion photographerand his photographs still adorn the covers of fashion magazines to this day. Jacques Bogart is most recognized for his style of clean, classy advertising that features beautiful women. His successes in business have enabled Jacques to travel far and wide in search of inspirations for his fragrances. Jacques is most inspired by nature, which he believes is the key component to success when designing a fragrance.