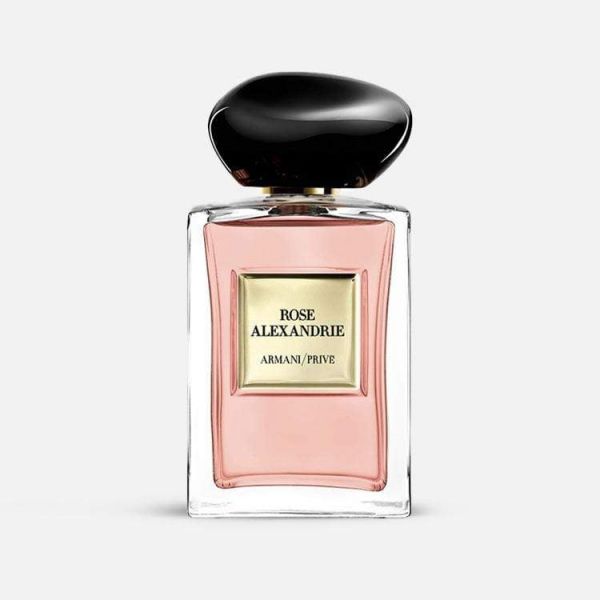 Armani Prive Rose Alexandrie by Giorgio Armani is created in 2008 and is added to the Armani Prive collection. Components used in this fragrance are rare and unique, and the bottle follows the simple line forms, typical for the Prive collection, the simplicity of which represent classy elegance and luxury. Armani Prive Rose Alexandrie is composed of bergamot, tangerine, Italian neroli petals, rose, and yellow mimosa. The central note of the composition is romantic rose. This fragrance is intensified by the warmth of your own body. After applying, avoid rubbing or dabbing skin as this breaks down the fragrance, causing it to wear off more quickly. If you prefer placing fragrance on your wrists, be sure to reapply after frequent hand-washing, as this tends to rinse off the scent.

Giorgio Armani is an Italian fashion designer particularly noted for his men's wear. He started his career as a designer for shop-windows in a department store, and worked his way up to clothing buyer. From 1960 to 1972 he worked as a designer for the well-known house of Nino Cerutti before starting his own company. He presented his first collection of menswear in 1975, followed by a line for women in the same year. The brand expanded throughout the late 1970s and early 1980s, offering a variety of collections in different price points, jeans, undergarments, accessories, and beauty products. Giorgio Armani Beauty introduced Armani for Women in 1982, followed by Armani for Men in 1984. These two scents are part of a long and successful series of fragrances issued by this brand, continuing into the 21st century.