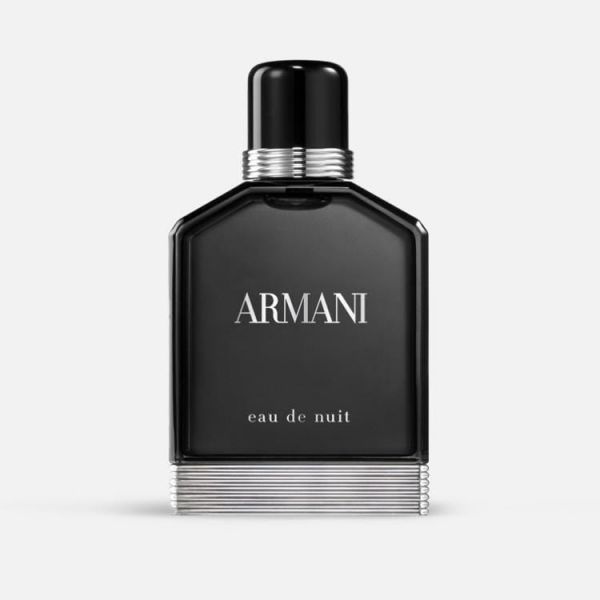 Eau de Nuit introduces a new formula for men that is reminiscent of the original Armani Code, but with an added touch of sensuality. This arousing mystery perfumes opens with fresh top notes of pink pepper and bergamot before revealing the opulent heart, which blends iris, cardamom, nutmeg and heliotrope. The effect is reminiscent of the original Armani Code, its base notes infused with cedarwood and tonka bean.

Giorgio Armani's perfumery presents Eau de Nuit, a woody aromatic fragrance for men. Eau de Nuit is especially created for men who are inspired by an elegant style, who are passionate about art and fashion, for those full of life.