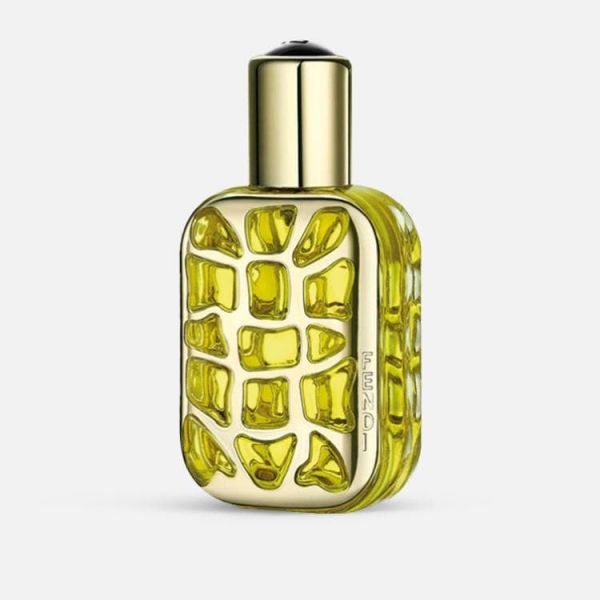 Furiosa by Fendi for Women

Fendi launches a new womens fragrance called Furiosa. The perfume comes out on the market in September 2014, done under the umbrella of LVMH company, and its launch is supposed to strengthen the position and identity of the Fendi brand when it comes to perfumery. Furiosa is announced with the slogan: The Essence of Wild Femininity."

The bottle is created by jewelry designer Delfina Delettrez, who is in the fourth generation of family Fendi. The face of the perfume is model Kasia Smutniak. The composition was developed by perfumer Francois Demachy. Accords that are contained include Calabrian bergamot in the top, wallflower (violaciocca) at the heart and amber in the base.

Fashion house Fendi was founded in 1918 by Adele Casagrande. A marriage to Edoardo Fendi led to a name change and the establishment of the company known today as Fendi, in 1925. The original boutique was in Rome and boutiques outside Rome were opened in the 1930s and 1940s. In 1946, the daughters of Adele and Edoardo joined the family business and brought fresh ideas for the products. The daughters met an up-and-coming designer in Paris who joined the company and took it in exciting new directions: Karl Lagerfeld.

Fendi is most noted for their exquisite handbags, chief among them the "baguette" style. Their fashion lines expanded in the 1980s and 1990s to include menswear, denim, gifts, eyeglasses and fragrances. The first Fendi fragrance, Fendi for Women, was launched in 1985. Fendi Uomo arrived in 1988. A series of fragrances were launched throughout the 1990s and 21st century, with Fan di Fendi the newest fragrance in the line. Fendi fashions and fragrances are produced in conjunction with luxury-goods conglomerate LVMH.