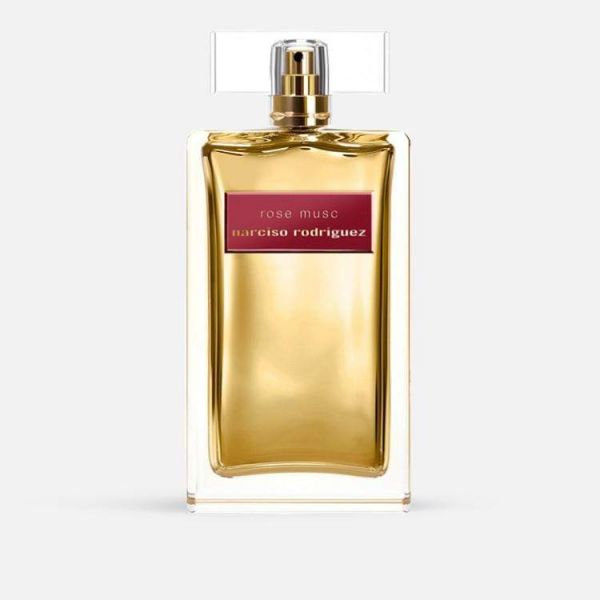 Narciso Rodriguez has launched a new Rose fragrance Rose Musc by Narciso Rodriguez for women. This floral Woody Musk fragrance was launched in 2016. Sonia Constant is the nose behind this fragrance. Top notes are Moroccan Rose, Cloves, Cinnamon and Peony; middle note is Musk; base notes are Woody Notes, Patchouli, Saffron, Black Pepper and Labdanum.

The fragrance is intensified by the warmth of your own body. Apply Narciso Rodriguez in the creases of your skin and nick for a longer-lasting, stronger scent.

Narciso Rodriguez studied fashion at the "Parsons School of Design", and is an American fashion designer of Cuban ancestry. He began early work freelancing for various companies in New York, and a brief stint at Anne Klein (under its then-director Donna Karan) as well as Calvin Klein.

In 1995, Narciso Rodriguez was a breakout star after he designed the wedding gown for his friend, the late Carolyn BessetteÃƒÂ¢Ã¢â€šÂ¬Ã¢â‚¬Âfor her wedding to the late John Kennedy, Jr. That same year he served simultaneously as Design Director at TSE in New York and at Cerruti in Paris where he designed the famous wedding gown for his friend. This success led to the formation of the Narciso Rodriguez label which introduced its first collection in 1997. Rodriguez won the Best New Designer award from Vogue/VH1 and the Council of Fashion Designers.