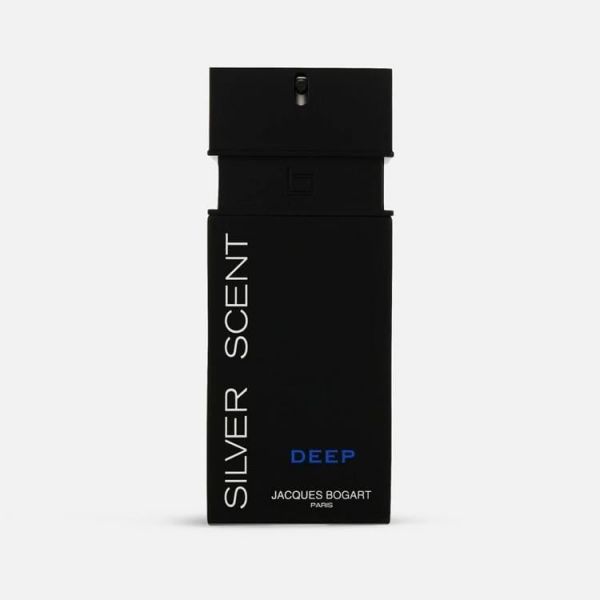 Be seduced by this deeply sensual fragrance. A men's perfume that stands out among others. Deep, masculine and romantic. Wearing Silver Scent makes you feel like you can go anywhere in the world and win over anyone with unmistakable confidence and masculinity when you're close to them. This cologne provides a beautiful sense of pride, allowing you to have fun without taking yourself too seriously. Silver Scent Deep was launched in 2014. This dark, heady scent is great for the right man who craves a unique blend of scents.

The perfect way to unwind after a long day is to spray on a few spritzes of Silver Scent. With top notes that include orange blossom, orange and grapefruit, this men's fragrance is invigorating and sensual. Middle notes of nutmeg, clary sage and geranium bring out the allure of the fragrance. Base notes of hazelnut, tonka bean and vanilla capture a velvety finish to this cologne.

The Silver Scent Deep Eau de Toilette is a fresh aromatic fragrance presented in a new, darker bottle. Jacques Bogart's secret formula has been subtly enhanced with the addition of woody notes, making it an even more masculine balance between energy and seduction. Its refined woody base makes Silver Scent Deep an inviting scent for men.