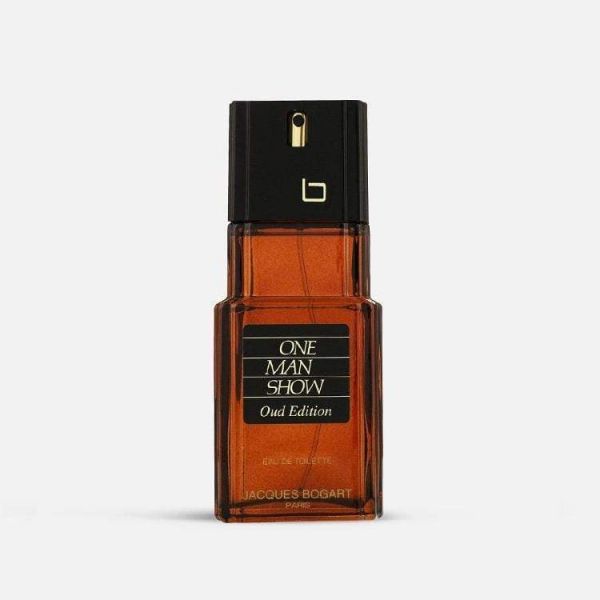 Take a ride on the wild side with One Man Show Oud by Jacques Bogart. Delectably debonair, it's all about the sophisticated man who creates his own rules and lives life on his own terms. You don't want him wearing any other scent than this! Top notes include red thyme and bergamot; middle notes include agarwood oud, spices and geranium; base notes of leather, patchouli and papyrus. A woody base rounds up this powerful and distinguished scent. This cologne is a surprising and very fresh interpretation of oud, a precious wood. This oud version is surprising for its subtlety and discretion.

Jacques Bogart is inspired by the Jacques Bogart brand designed in the early 20th century in Paris. Jacques Bogart's inspiration for this fragrance comes from mariners, tradesmen and rock stars that he met in his travels to Asia, Africa, Latin America and the United States. Jacques Bogart is a new adult scent; fresh but sensual; Daring but friendly; Modern but daring; Woody with leather tones; Distinctive but not pretentious.