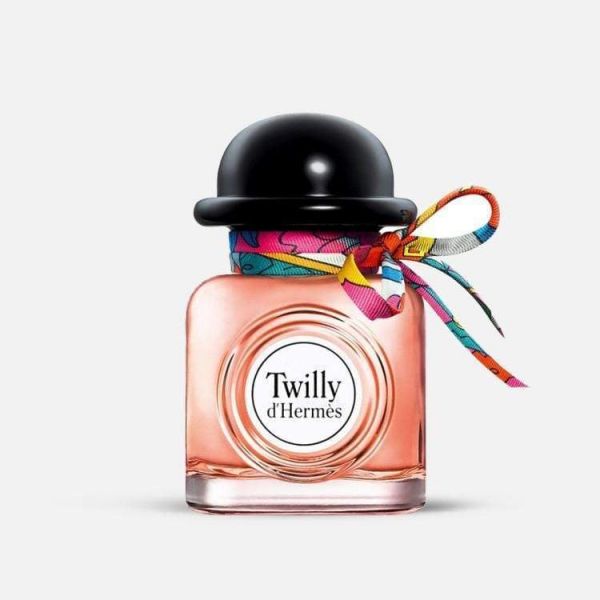 The Hermes Twilly d'Hermes Eau Poivree perfume for Women by Hermes was released in 2019 is an aroma highlighted by a bouquet of fragrant woody, rose and musky scented tones that will bring an uplifting, romantic and comforting perfumed sensation. The fragrance is based on the combination of notes and it is classified as Wood Musk fragrance to the nose. The fragrance composition is a creation of Christine Nagel. The beginning of flavors and scent notes for Twilly d'Hermes Eau Poivre opens in a scent of spice with pink pepper. The floral heart center notes blend in with rose while the deep woody base notes leave an impression of patchouli.

Hermes presents Twilly d'HermÃƒÆ’Ã‚Â¨s, an eau de parfum for women inspired by the iconic narrow silk scarves available in colorful prints. The new fragrance is developed by perfumer Christine Nagel with the desire to make an optimistic, lively and youthful fresh floral but not ordinary scent. Hermes is a warm, sensual scent intensified by the warmth of your own body. Applying in the creases of your skin and neck for a longer-lasting, stronger scent. Avoid rubbing or dabbing skin after applying, this breaks down the fragrance, causing it to wear off more quickly. If you prefer placing fragrance on your wrists, be sure to reapply after frequent hand washing, as this tends to rinse off the scent.