The store will not work correctly in the case when cookies are disabled.
Girl EDT
Refer Friends
Girl EDT
8.5 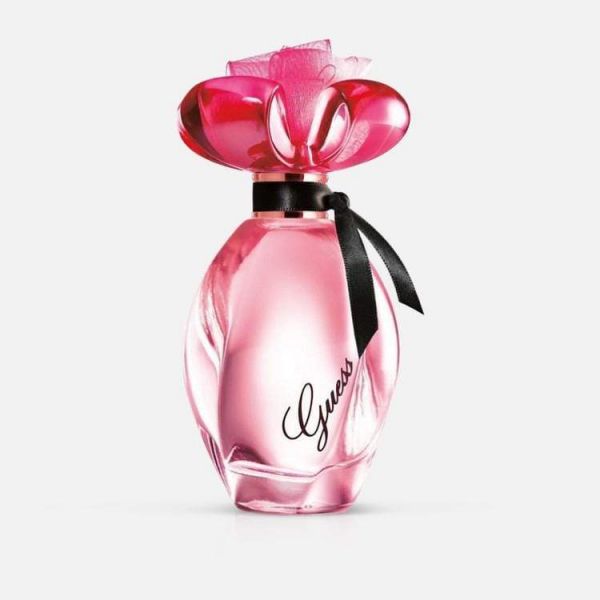 Girl by Guess for Women

Guess is launching a new fragrance named Guess Girl which arrives on the market in February 2013. The fragrance aims at young woman in her twenties, is inspired by 30th anniversary of Guess brand, and will preserve sexappeal and youthful spirit of the brand. Guess Girl is a seductive, floral-fruity fragrance signed by perfumer Laurent Le Guernec of International Flavors & Fragrances.

Guesses is a contemporary and masculine fragrance that opens with an effervescent fruity note of nectar made of raspberry, melon and bergamot. The heart introduces floral notes of Brazilian paradise orchid combined with Provencal acacia and lilies, while the soft and creamy base is composed of Australian sandalwood and Madagascar vanilla.

GUESS is an American fashion brand created by brothers Georges, Armand, Paul and Maurice Marciano. Moroccan-born and French-raised, the brothers moved to California in 1977 to launch a business, using seed money provided by the family who owned Jordache Jeans. The first GUESS jeansÃƒÂ¢Ã¢â€šÂ¬Ã¢â‚¬Âthe "Marilyn"ÃƒÂ¢Ã¢â€šÂ¬Ã¢â‚¬Âwere stone-washed and featured distinctive zippers at the ankle. As the designer jeans trend of the late 1970s continued in full swing in the early 1980s, GUESS introduced a captivating product at just the right time. They launched numerous marketing campaigns that were controversial and trendsetting such as Madonna's earliest music videos if they featured GUESS products like their infamous green logo sweatshirt and khaki skirt suit.

GUESS is a leader in jeans, t-shirts and accessories. Their advertising has been important in the establishment of this brand and would help propel them into one of the best-selling jeans brands of the 1980s. GUESS began its distinctive retro-styled black-and-white ads in 1985. The ads have featured such notable models (many of whom were not yet famous) as Claudia Schiffer, Anna Nicole Smith and Laetitia Casta, Carla Bruni and Naomi Campbell, heavily made-up and stylized to resemble 1950s and 1960s starlets.

Guess?, the first GUESS fragrance, "Original", was introduced in the late 1980s. Parlux held the fragrance license for Guess from 2003 until 2009, when Guess began producing fragrances for men and women with Coty.