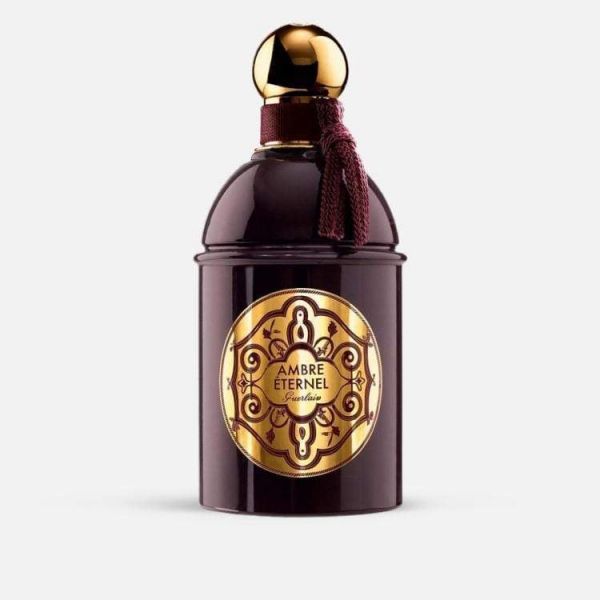 Ambre Eternal by Guerlain for Women

Guerlain launched the new fragrance AMBRE ETERNEL 2016 out of notes of real ambergris and incense, adding spicy aromas of cardamom and coriander. As contrast to intense masculine notes in the base Wasser selects orange blossom providing delicate floral shades to the perfume. Juiciness and intoxicating scents originate from peach and ylang-ylang, which, along with orange blossom, create the heart of the composition.

Guerlain Parfum de parfum is intensified by the warmth of your own body. Apply in the creases of your skin and neck for a stronger scent that lasts longer, and avoid rubbing or dabbing skin. This breaks down the fragrance, causing it to wear off more quickly. If you prefer placing fragrance on your wrists, be sure to reapply after frequent hand-washing, as this tends to rinse off the scent.