The store will not work correctly in the case when cookies are disabled.
Karl Lagerfield EDT
Refer Friends 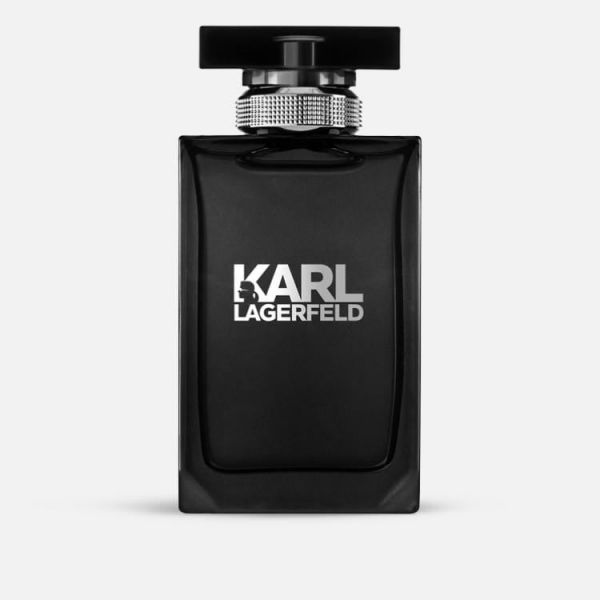 Karl Lagerfield EDT is your ticket to a world of exclusive fashion and sophistication. This men's aroma is perfect for those seeking a natural, casual scent. With top notes of lavender and mandarin orange, middle notes of violet and green apple, and base notes of sandalwood and amber, this cologne is the epitome of style and sophistication.

From the creative mind of Karl Lagerfield comes a new masculine scent with a fresh, vibrant feel. Karl's charismatic personality is reflected in the colors and notes of this delicately crafted fragrance. Eau de Toilette will be sure to spark conversation around you, whether you're at an elegant dinner party or simply going about your day.

The Karl Lagerfeld brand of perfume was created by the fashion designer himself, and launched in 1997. The scent was created with perfumer Christine Nagel and is a tribute to Lagerfeld's childhood memories of the fragrance of Chanel No. 5 on his mother. With an appropriately chic design complete with a retro cap, the bottle is so beautiful that it makes for an interesting ornament when not in use. The eau de parfum spray comes complete with a purse-size mirror on the back so you can freshen up during the day while it wears subtly on your skin.

Founders of the House of Karl Lagerfield are dedicated to providing exquisite creations for all who are passionate about excellence in design and taste. The house pays great attention to historical details, tradition, and superlative quality, along with the desire to create new standards. Karl Lagerfield detects originality in creating models that are unique by nature.

Karl Lagerfeld, the designer and a member of the high society, has held several fashion shows for years. His name is often synonymous with luxury. Karl Lagerfeld to him it's all about style, attitude and presentation which he passes on to other people. In 2009 he created his own brand - Karl. In addition, Karl Lagerfeld has its own perfume line designed in collaboration with Inter parfums - Karl Lagerfeld EDT by Karl Lagerfield for him and Karl Lagerfeld Eau de Toilette for her.

Karl Lagerfeld introduces his first 10 fragrances. The bottle is inspired by the curved lines of the Karl Lagerfeld signature. He is known for his attention to detail. Now, he has collaborated with Inter Parfums to use his iconic style to create these elegant and modern scents. His love of women's jewelry inspired him in the creation of the feminine version of this perfume, with a bottle in the shape of a pendant. The masculine fragrance has a bottle in the form of cufflinks. Both are decorated in impeccable style thanks to the collaboration with these two world-class brands - Karl L