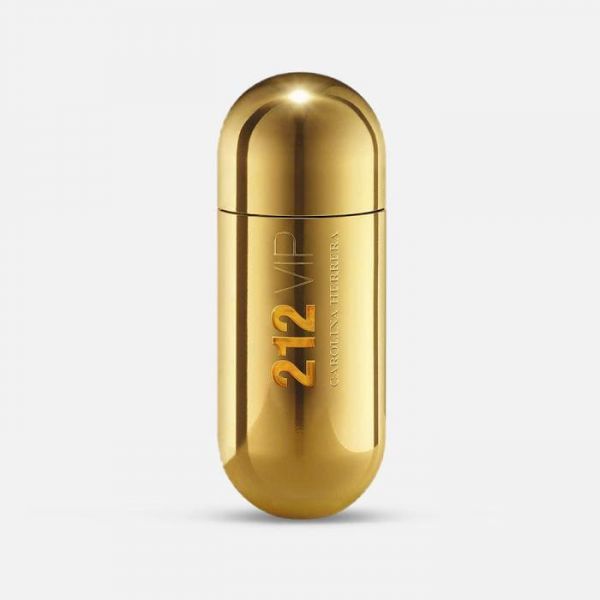 212 VIP This Is A Private Party EDP

212 VIP This Is A Private Party EDP by Carolina Herrera

A stunningly seductive fragrance for today's woman, 212 VIP turns a trendy nightclub into a dimly lit hideaway. The air fills with the sizzle of summer tales of hot nights and wild times. It begins with an invitation to a private party. 212 VIP by Carolina Herrera is a Amber Vanilla fragrance for women. 212 VIP was launched in 2010. The nose behind this fragrance is Alberto Morillas. There are no half measures with the 212 VIP Private Party EDP. It is a party that opens up all the senses: colorful and cheeky, with a nonchalance that invites you to take part in its parade.

212 VIP This Is A Private Party EDP by Carolina Herrera was created to be worn at nightclubs, parties and at discos. This scent is sweet and exotic, if you are waiting on waiting for your man or late-night friend to pick you up, this is the scent for you! This sensual perfume is perfect for wearing out on a date. 212 VIP This Is A Private Party EDP has notes of rum, passion fruit, gardenia, musk and vanilla.

The 212 VIP Private Collection is bold and confident. Our essence of a woman is causatively attractive with unapologetic confidence, self esteem and power. The fragrance signature will make you get your full attention when we walk into a room. This is a fragrance for women who are self confident, unique, and powerful.

Carolina Herrera's passion for fashion began when she was 9 years old, and was sewing her own dresses. Now, more than 60 years later Carolina Herrera has grown to become one of the world's most recognizable fashion houses. Carolina Herrera is a complete lifestyle brand that includes womenswear, menswear, accessories, fragrance and eyewear. The designer's chic and exquisite fashions achieved immediate success in 1988. The brand expanded in 2008 with the CH Carolina Herrera lifestyle brand - introducing a series of lustrous accessories and cocktail ready evening wear in addition to fashions for day and home goods through CH.

"Create your own world" was the lesson Carolina Herrera learned from her mother, and that philosophy of individuality is evident today in the company's designs. Chic, sophisticated and elegant, Carolina Herrera fashions are perfect for women who aspire to both timeless sophistication and modern glamour. From work clothes to weekend wear, Carolina Herrera accessories and home goods make any woman feel like a diva.

Carolina Herrera's first fragrance appeared in 1988 to great success, and the company has built a reputation for well-made perfumes that wear close to the skin and last longer than most. Carolina Herrera is distinctive for its use of flower bouquets such as rose, gardenia and lily, which allows the wearer's natural body scent to remain identifiable underneath. The brand has also made a good business of matching up perfumes with celebrity perfumers: Rose de Herrera was created by Jean-Claude Ellena and Miguel Matas for the house, and Cofinluxe hired Hubert Frolla for its creation.

Now, Carolina Herrera is creating an entirely new expression of luxury, one that emphasizes the unparalleled expertise and classical heritage of the House. These new fragrances for men and women signal a newfound freedom of expression, and modernity and elegance both audacious and unexpected. Many people dream of living in a world where no one is judged by their race or color of their skin.