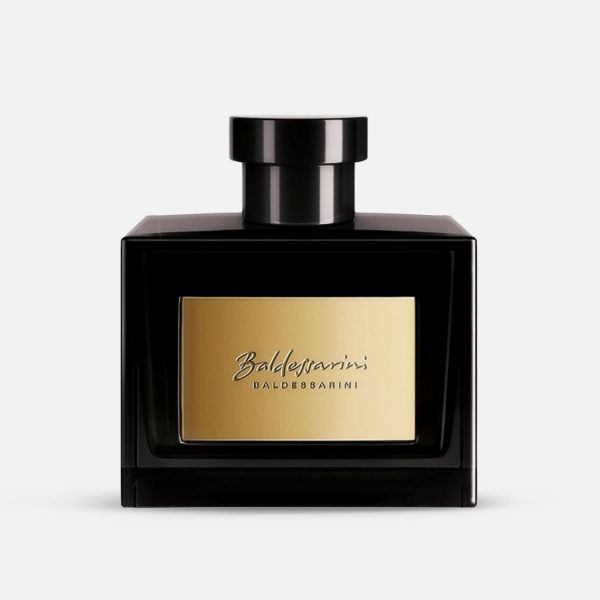 Strictly Private by Baldessarini for Men

The new fragrance, Baldessarini Strictly Private, is an oriental spicy fragrance for men, appearing on the market in January 2009. This is a new campaign aimed at upper class men who choose quality, luxurious editions, men who are playboys. Strictly Private is a masculine, charismatic and sexy edition, full of dynamism. The face of the fragrance is Werner Schreyer, known for advertisements for Hugo Boss perfumes, and the photographer of the campaign is famous Kalle Gustavson. Baldessarini is a classic perfume for men that is composed of basil and bergamot in top, with juniper berries and pink pepper. Heart is dominated by masculine vetiver combined with fir resin, patchouli and rose absolute. Base notes incorporate a classic mixture of cedar, vanilla and amber with creme-brulee accords. The flacon is luxury black glass with golden board engraved name of brand and fragrance. Its simple robust stopper completes the picture of quality of the edition.

Baldessarini is a German fashion label founded by Werner Baldessarini in 1993. Born in Austria to parents of Italian descent, the future designer entered the fashion world through the retail end, eventually becoming a buyer and joining the Hugo Boss AG corporation. A former chief designer and member of the Board of Directors for Hugo Boss, Baldessarini founded his own line as a luxury label in 1994. The label showed its first collection of menswear that year, with Charles Schumann serving as the first face of Baldessarini a popular bartender who wrote a book on cocktails. The Schumann's rugged and distinctive appearance was perfect for the company's first fragrance, Baldessarini by Baldessarini, which won two FiFi awards in 2003. A series of successful men's fragrances were launched in the early 21st century bearing the slogan "Separates the men from the boys" and advertised by Schumann through 2009 when the new face, Werner Schreyer , first appeared in the campaign for Strictly Private. Baldessarini perfumes were produced in collaboration with perfumers Jean-Marc Chaillan, Pierre Wargnye, Geza Schoen, Firmenich, Vincent Schaller and Alberto Morillas. The license for Baldessarini fragrances was acquired by Maurer & Wirtz in November 2011. The collection includes 18 perfumes. The earliest edition was created in 2002 and the newest is from 2020.