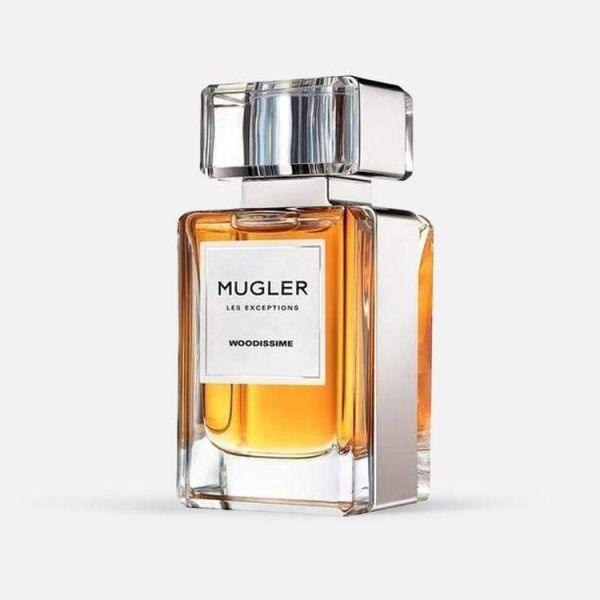 The most beautiful materials begin to take life, colliding and blending together in an intoxicating collection of fragrances with the highest degree of craftsmanship. The quintessential MUGLER style. Woodissime is a new addition to the woody family in a surprising and innovating way. This new addition combines a surprising fruity accord, Osmanthus flower, with a rich and distinctive blend of woody notes: cedarwood, patchouli, vetiver, sandalwood with the power and depth of Oud Wood.

Thierry Mugler is a French fashion designer and photographer known for his 1980s power fashes and widely credited with introducing new fragrance trend or category gourmand in the 1990s. Mugler originally trained as dancer at age 14, studied interior design, moved to Paris at 24, worked as window dresser and freelance designer. His first personal collection for women was produced in 1973.

Thierry Mugler opened his first Paris boutique in 1978. His style is distinguished by its futuristic shapes and fantasy elements. Mugler's first fragrance introduced in 1992 and set the fragrance world on fire with its unabashed sweet and foodie notes. Hugely influential on the perfume industry of the 1990s, with influences extending into the 21st century, Angel continues to be a best-seller with both women and men, and was inducted into the Fifi Awards Hall of Fame in 2007.