The store will not work correctly in the case when cookies are disabled.
Lady Million Gold EDP
إحالة الأصدقاء 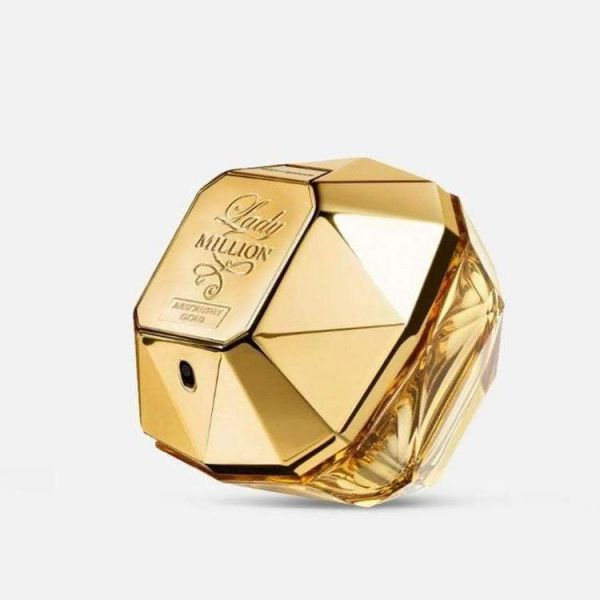 Paco Rabanne has its origins in the spirit of the 1960s, which it embodies with incredible radiance. Luxury and hedonism that the original represents have been replaced by inspirations of festive mood and somewhat simpler pleasures. The composition is created by Anne Flipo with upper notes of mango, neroli, bergamot, mandarin and grapefruit, upon the heart of violet leaf and orange blossom. The base is warm due to notes of musk, amber, sandalwood and cedar.

A diamond-shaped bottle is elongated and became almost totally transparent. When you remove the stopper, the inscription "Eau My Gold!" is revealed. Dree Hemingway was replaced by Czech supermodel Hana Jiricova as the face of the perfume. The commercial is directed by Alexandre CourtÃƒÆ’Ã‚Â¨s.

Paco Rabanne is a French fashion house founded in 1966. The creator, Paco Rabaneda Cuervo, fled Spain with his family during the Spanish Civil War. Growing up in Paris, he is an architect by training, but he started his fashion career designing jewelry for other houses before trying his hand at clothing design. He quickly became known for his eclectic fashions featuring unconventional materials such as metal and paper.

The house's first perfume is Calandre, which was introduced in 1969. A series of innovative fragrances in distinctive bottles for both men and women have followed. Paco Rabanne fashions and fragrances are produced in conjunction with Puig.