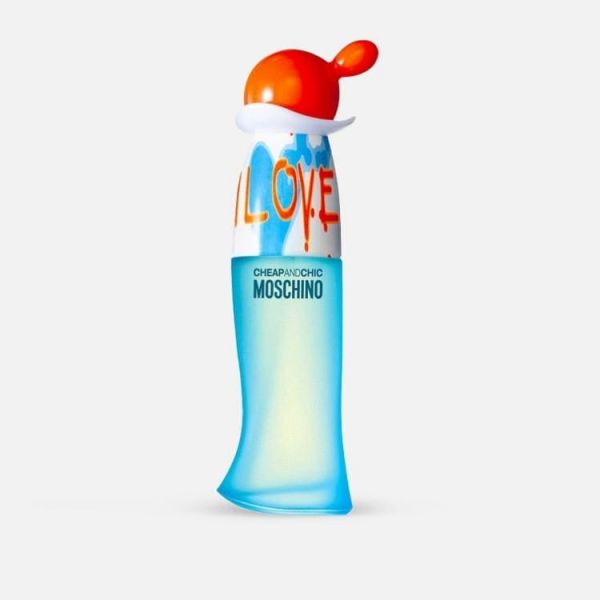 I Love Love by Moschino for Women

The Moschino Cheap and Chic I Love perfume is delegated Floral Woody Musk aroma to the nose. The Moschino Cheap and Chic I Love perfume aroma organization is a form of Olivier Cresp. The transmission of flavors and aroma notes for Cheap and Chic I Love spread out in a whiff of citrus and fruity opening top notes including grapefruit, lemon, orange and red currant. The botanical and home grown heart place notes mix in with lily of the valley, rose, bulrush and pepper while the profound musk and woody base notes have an effect of musk and cedar. Let your own body heat intensify the fragrance. Apply in the creases of your skin and neck for a longer-lasting, stronger scent. After applying, avoid rubbing or dabbing skin. This breaks down the fragrance, causing it to wear off more quickly. If you prefer placing fragrance on your wrists, be sure to reapply after frequent hand-washing, as this tends to rinse off the scent.

Moschino has been an iconic brand since 1983, known for its colorful, playful and eccentric designs and social commentary. The company offers three lines: Moschino (men's and women's clothing), Moschino Cheap and Chic (women's secondary line created in 1988) and Love Moschino (formerly known as Moschino Jeans). The company also offers accesories, jewelry, cosmetics and fragrances. Moschino's first fragrance, Moschino for Women, was launched in 1987. Moschino for Men followed in 1990, and the company has continued to produce fragrances for men and women under both its Moschino and Cheap and Chic brands.