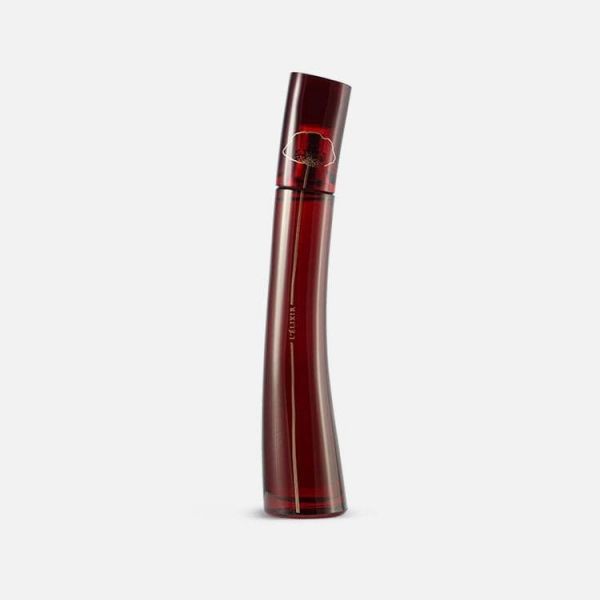 Kenzo presents the new edition of Flower L'Elixir, a floral fruity-floral fragrance for women. Inspired by notes of the Mediterranean flower field, this composition is magnetically sensual and helps banish melancholy, fulfilling dreams with irresistible freshness. The new bottle designed by Jean-Charles de Castelbajac is able to twirl.

Flower L'Elixir is a fresh, sparkling floral fragrance. It opens with the beautiful notes of raspberry and mandarin orange. The heart is feminine, with voluptuous notes of Bulgarian rose and orange blossom. The base, with its praline, bourbon vanilla, opoponax and powdery notes, leaves an elegant trail on the skin."

Flower L'Elixir EDP by Kenzo was launched in 2015. The nose behind this fragrance is Alberto Morillas. The soul of Kenzo's first perfume L'Eau par Kenzo: Flower. The smell of a flower, every flower, the endless diversity of flowers through the seasons and over the years. Wonderfully real and an olfactory memory we all share if we only stop to unfold it. A childhood memory with its overtones of green, freshness, nature in bloom, happiness.

Kenzo Takada was a Japanese artist who founded a Paris-based fashion house that has a deep history of creativity and innovation. In the early seventies, the Japanese born designer transformed Parisian Fashion with his wild prints and vibrant colors. He became known for his unique vision and creativity, as well as his ability to merge modern luxury with traditional Asian styles.

Shortly after, in 1983 the first Kenzo boutique opened in Paris on rue Saint- Honor e , and it was followed by shops in the Place des Victoires and Place Vendome in Paris, as well as in Tokyo, Osaka, Nagoya, and New York City. In 1987 Kenzo ventured into home decorating with perfumes for women and men Kenzo Kenzo Kenzo Kenzo is a masculine perfume released in 1987.